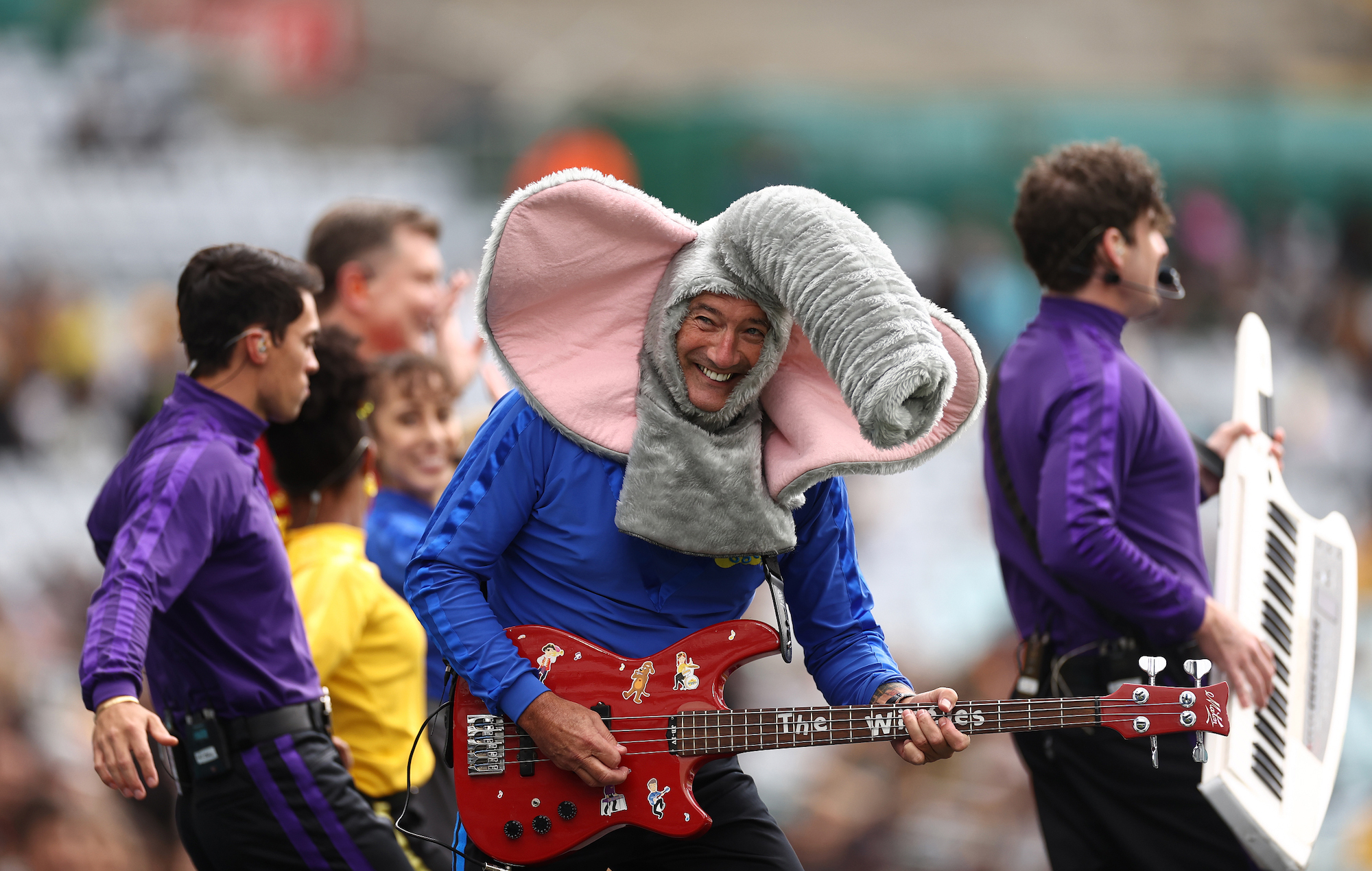 According to 100 Warm Tunas – a prediction aggregator for the annual Triple-J Hottest 100, with a reputedly high accuracy rate – the Wiggles are on course to score big in this year’s countdown, currently tipped to take the first place.

The legendary children’s band is eligible this year with their cover of Tame Impala’s “Elephant,” which they performed for the triple j Like a version segment last March. The original version of the track – originally released on Tame Impala’s second album, “Lonerism” – came in at number seven on the Hottest 100 of 2012.

If Wiggles coverage does in fact exceed this year’s countdown, it will be the first time a cover has ever been. Reacting to the prospect, Anthony Field (the Blue Wiggle) said The Sydney Morning Herald: “It’s an absolute spin-out. It’s not something we thought would happen. But we really made the song out of love.

Lachlan Gillespie, the Purple Wiggle, was also blown away by the response he got to their “Elephant” cover. He told the paper: ‘It’s weird, it’s just an incredibly popular thing. In the end, it was a special experience for all of us.

Gillespie went on to note that he was not a fan of Tame Impala before the cover, having been introduced to “Elephant” – along with a series of other potential candidates for their Like a version appearance, including Rihanna’s ‘Umbrella’ – ABC Music executive Nick Webb.

“As soon as we heard ‘Elephant’, it felt right to us,” he continued. “The lyrics were semi-Wigglish; we also have some songs about elephants.

Notable in the Wiggles’ cover of “Elephant” is the interpolation of lyrics from their own hit, “Fruit Salad.” Field explained that the band decided to mix the two songs together when an early iteration of the cover sounded too close to the original. “It feels like a cover band,” he reportedly joked to his bandmates. “What the Wiggly about that?”

The Wiggles’ cover of “Elephant” is featured on the band’s upcoming cover album, “ReWiggled,” due out March 11 via ABC Music. Other highlights include the aforementioned cover of “Umbrella,” Queen’s “Bohemian Rhapsody,” The Dropkick Murphys’ “Shipping Up To Boston,” and AC/DC’s “Thunderstruck.”

The album will land in the middle of The Wiggles’ first full-scale tour of Australia for over-18 audiences. The seven-date series will see the band’s “OG” lineup – including Field, Murray Cook, Jeff Fatt and Greg Page – play arenas alongside several of the bands featured on “ReWiggled”.

“All those kids who loved The Wiggles in the ’90s are now adults who love the nostalgia and fun of that time in their lives,” Fatt said when announcing the tour. “Tonight is for the grown-ups and is an opportunity to bring back some of that authentic, bouncy liveliness again. We can’t wait to relive those childhood memories and dance the night away to some of his favorite tunes. the old school.

Every Time I Die, RIP – a transcendent, pioneering and cathartic band until the very end