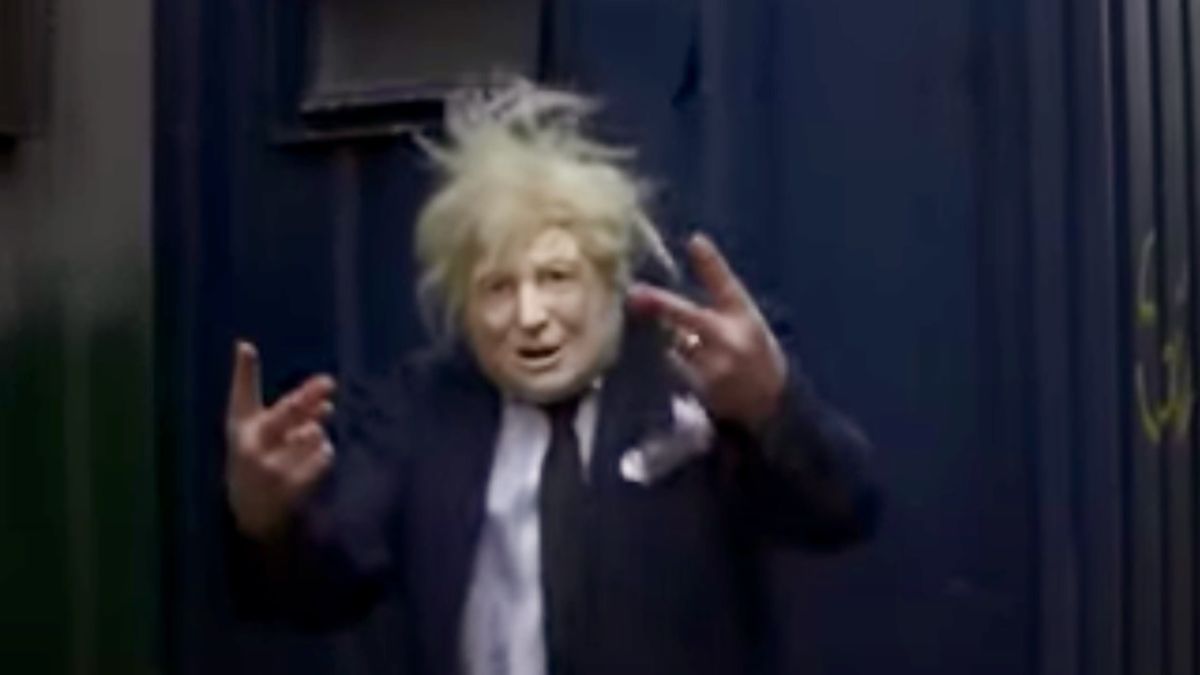 A year later, the quartet – led by Mike Gibbons, aka vocalist Kunt, alongside fellow Carsehole (guitar), Rubber Johnny (bass) and Fucksticks (drums) – believe Johnson, 57, is staying “A fucking asshole who behaves like nobody ever told him that”, and decided to share this opinion again through the medium of the song.

Boris Johnson is still AF ** king C ** t will be available to stream and download from December 17th, and a Ghostbusters / KLF inspired video for the song is available now.

The group says they come back to this theme “because you don’t cut down a big tree with one chopper”.

They say: “Since last Christmas Boris Johnson has led a government which has: repeatedly turned a blind eye to its own corruption, lied, broken the rules and bullyed, tried to sneak in a bill to prevent ordinary people to protest legally and peacefully against them and tried to pass a bill to make them less likely to be held accountable for their corruption.

Aside from the prestige involved in the challenge of the tastes of Ed Sheeran and Elton John, Adele, ABBA and Craig Revel Horwood For the honor of having the country’s number one song on December 25, the quartet said the single was being released “to help express displeasure with the way [Boris Johnson] behaves, to undermine more [Boris Johnson’s] credibility in the media and among his remaining supporters, and to spoil Christmas [for the fucking cunt]. “

Boris Johnson is AF ** king C ** t is by far the most successful single released by Mike Gibbons to date. In 2010, Kunt And The Gang reached 66th place on the national Christmas charts with another politically-themed single, Use my asshole like a pussy (The Nick Clegg Story), while Gibbons’ 2011 single Sticks peaked at number 63.