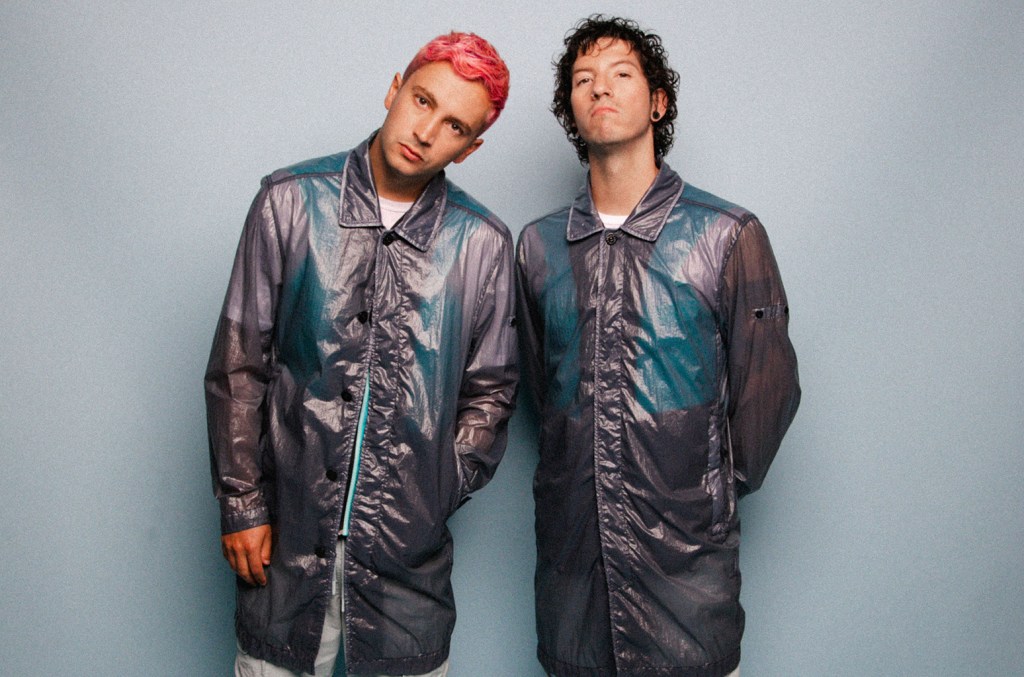 Twenty One Pilots performed an inventive cover of Elton John’s “Bennie and the Jets” on Sunday as part of their set for AT&T Playoff Playlist.

Calling it “his father’s favorite song,” frontman Tyler Joseph first kicked off the number with a verse and chorus of “Mulberry Street,” from the band’s latest album. Chipped and glazed, before moving on to the 1973 classic.

“Hey kids let go / The spotlight is hitting something / It’s known to change the weather / We’ll kill the fat calf tonight, so stick around / You’re going to hear some electric music / Solid walls of sound / Say, Candy and Ronnie, have you ever seen her? / Oh, but they’re so far apart / BBB-Bennie and the Jets, ”he sang, vamping to the piano as his teammate Josh Dun commanded the drums.

Eventually the duo finished the mash-up by returning to the strains of “Mulberry Street” with the help of a trumpeter, Joseph reminding the audience to “keep your happiness, there is nothing wrong with that”.

This summer, the alt-pop group will be heading to their North American tour Icy to support their latest LP, a 22-date sequel to their Takeøver tour last year. Chipped and glazed peaked at No. 3 on the Billboard 200 after its release in May and has spawned four singles so far: “Shy Away”, “Choker”, “Saturday” and “The Outside”.

Ahead of the start of their own tour, Twenty One Pilots will headline Napa’s BottleRock over Memorial Day weekend alongside Metallica, P! Nk and Luke Combs with additional sets from Greta Van Fleet, Kygo, The Black Crowes, Pitbull and Mount Westmore, a brand new hip hop supergroup that includes Snoop Dogg, Ice Cube, E-40 and Too $ hort.

Watch Twenty One Pilots take “Bennie and the Jets” to “Mulberry Street” below.