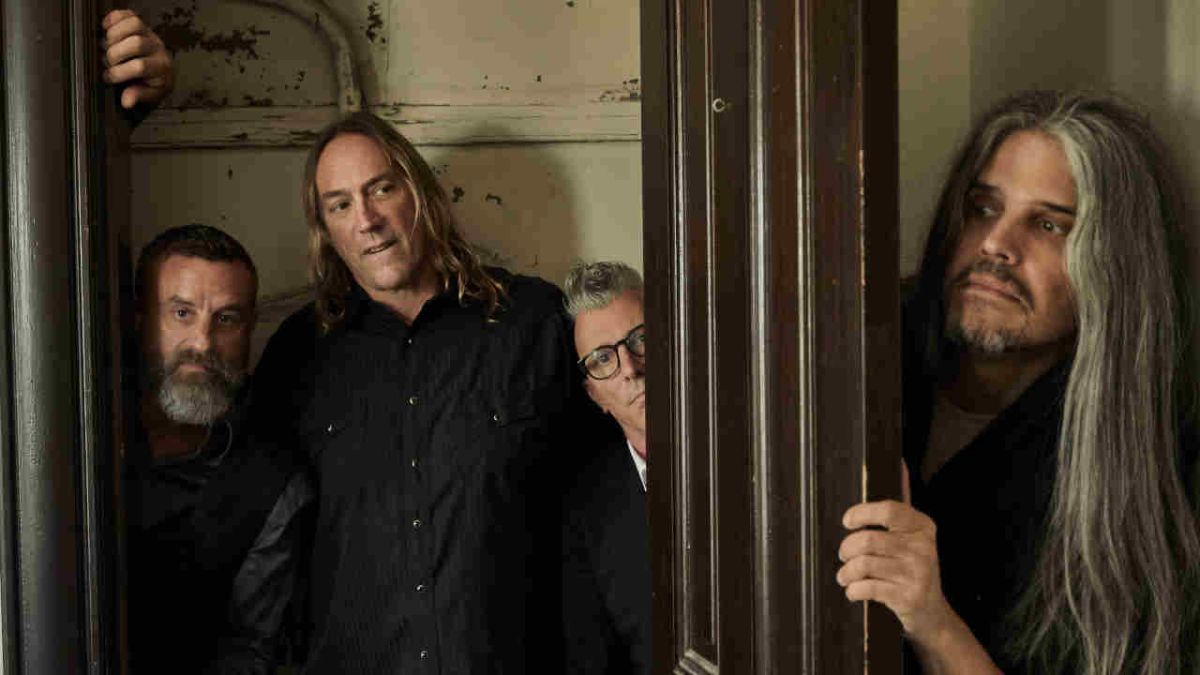 Tool’s Adam Jones: “This band is a machine”

Next week, Tool’s European Fear Inoculum Tour lands in the UK for the band’s first dates on this soil for three years. Ahead of the gigs, we reached out to guitarist Adam Jones for an exclusive interview to talk about setlist selection, why the band insists on abiding by their ban on phones at all gigs, and Tool band relationships after more than three decades. whole.

How do you create a new tour setlist?

“Well, you always want to do something that you haven’t done in a long time. You always want to break the routine, make it more interesting for yourself, and there’s a lot of negotiating to do, but it eventually comes back to Maynard. If I’m sick and I have a 100 degree fever, I’m nauseous, I have the flu, I can still play, but for Maynard, he couldn’t sing. So, we give him the last word so he can do the show if he’s not feeling well but the whole thing this time is pretty amazing we’re doing old school stuff and we’re really happy about it some old and some other new ones. Should be good.

And Tool also never plays old songs the way they sound on those old records. It must be exciting, to be able to take those first things and reinvent them for a new tour?

“Yeah, I mean, it’s something that’s Tool. Whatever we do, we demand that he take a certain path, you know? So, that’s great: we have such a strong connection that clicks, and we really feed off each other, so when we play something that we haven’t all played together in a long time, there’s this avenue of the unexpected and more often turns out to be very rewarding.

The expectations of your fans, a fan base that hasn’t seen a full Tool tour in a very long time now, are extremely high at this point. Do you feel this weight of expectation?

“I mean, no…sometimes I look at tour dates and I’m like, ‘Man, when was the last time we played here?’, but we just do what we do. and we tear our guts out on stage. The approach is always the same our end. The wait, I may feel this pressure on the first show of the first leg, but it passes quickly. If I had the choice , I would tour every six months of every year, it’s just an amazing connection we get with our fans and it’s very rewarding, every night is like climbing to the top of a mountain and then back down.

How different is the relationship with you as individuals compared to the early days of the band?

“We’re very close, and when people are close, you love each other and then you hate each other. We have this family relationship, and it’s good, it’s really good, it’s probably the best it’s ever been. summer to be honest We know each other and it suits us, I like leaving the show early and Danny and Justin like hanging out after and we respect that.

They want this and I need this, and we’re just more aware of that these days. Also, we have good people helping us as a group; it’s a machine now and it works really well. We hire the best people and we hire the nicest people, we don’t have sex and drugs and rock ‘n’ roll (laughs). It’s a friendly, supportive environment and it’s just awesome…Hope that answers the question?!”

The no photo policy is obviously very important to you guys; Do you find this harder to implement as the years go by and recording shows becomes more and more the norm?

“Yeah, I mean, for us, we’ve seen things change and more and more big bands are respectfully asking their fans to enjoy the show, rather than staring at their camera all the time. I think the one of the problems is that there’s a lot of light because people don’t know how to use their camera properly, which makes the scene very blinding. It’s just… it’s that connection. You’re losing something without that connection, and you just want people to be in their own world rather than getting the whole show on their phone and never watching it again.

It’s a big distraction. Have you ever been to a concert and you can’t see the show because the person in front of you is holding their phone in front of the stage? It’s just a little unpleasant. Just keep your phone in your pocket, enjoy the show and we’ll see you later and you can come back! (laughs) People need a break. I feel like [phones have] become an appendage, like part of our anatomy, you know? »

Singer-songwriter Mitski recently tweeted asking her fans not to use flash photography during her shows and she received backlash for it. Did you have a lot of reluctance from your fans?

“Yeah, look, I get it: sometimes I go to shows and I want to capture a little something, your blood is pumping and you want to capture it, you want to capture that feeling. But it’s like a drug, you feel this feeling and then you come back to Earth, it doesn’t matter. You watch it maybe once and that’s it, unless you’re a blogger or something. I get it, but we spend a lot of money on the show, we spend a lot of money getting the best people on the video and the laser show. We have this three-dimensional curtain effect, which is amazing.

I just think once you pull out your phone, you’re not logging in, you’re not at the show, you’re more capturing it from your phone, watching it from your phone. Alright, so go to YouTube. Why bother? You paid the money to immerse yourself in this, we take you by the hand and try to take you on a little journey and do our magic for you. It is something that requires your attention and eye contact. It’s a different world, it’s a request and it’s respectful, and I think our fans seem totally okay with that.

The tool still has really interesting backing bands. Are there other bands you would like to play or tour with?

“Ooh…that’s a loaded question. There are so many! I really like Arch Enemy. That was the one I really thought I was asking. Lots of bands that are on our level do the industry freebies , come out a band that will pay them for exposure. We never did that. Never did pay-to-play in the Sunset Strip days, and never charged for the bands we take with us. We always pay groups and we ask them ourselves, and we always take groups that we like.

How do you feel about touring as a way of life these days? Are you still enjoying it?

“Well, going back to my earlier comment about wanting to tour six months, every year, that would be a yes. That’s just what I do, that’s what we do, we want to play live , we record and do all the other things that for me promote what the four of you do in a room with that intimacy with an audience. I love seeing different cultures and seeing different people. In this As for what makes the touring lifestyle appealing, I think the answer is pretty obvious.

“Yes, I guess crossing the border and waiting is frequent. Insurance, passport control… my friend Buzz from the Melvins always says if it’s worth having it’s worth suffering. Bad things are so small in comparison. So I’m not sure I can answer that question so clearly.

There’s a lot of material from the new album on the setlist, how important is it to get the new stuff in front of people?

“Well, yeah, you wanna play the new stuff. You’ve been playing the old stuff for years and you finally get a chance to show people these new songs and that you’ve reached that next stage. But there’s a balance of great taste overall we change things up every night we don’t play the same stuff every night about 70% is the same every night but if we do two nights in a row somewhere we’ll change it a little. Some people like to come twice, you know!

What does the rest of the year have in store for you?

“I’m not sure. We have plans, Maynard has things to do. We have one-off events, we’ve gotten to the point where the schedules are coming and we’re looking to commit to things. Basically, we all want a tour.

Is there a type of place where you like to play? The scale of your shows lends itself to an arena, but have you ever wished you could do intimate club shows?

“We were offered stadiums and we turned them down because we believe that at this size there are only a certain number of people who can really enjoy this spectacle. It’s not about you anymore See the Rolling Stones and you’re back in the stadium and you’re basically looking at a jumbotron, you know? I’m not into it, we’d rather do two nights in a smaller place than one night in a huge place. As for the type of room, it’s just cool whatever they throw at us Sometimes we play in smaller places A few nights ago in Oslo we played in this rectangular room, usually you was at the end of the rectangle, but we were in the middle of the rectangle, it was very strange, but really cool.

There’s something to be said about playing in a club, this intimacy, and we talked about doing this Rolling Stones thing where they did a club tour and had a higher ticket price, and it seems be something that could be good. Right now, though, we have this epic show, it’s designed to make the worst nosebleed seat look awesome. We definitely focused on someone who sits far back, these are almost the best seats just because of the visuals and the way we designed the whole thing. Like I said, we’ve got this three-dimensional thing…it’s gonna be a good show! (Laughs)”

The tool hits the UK next week. Inoculum of Fear is out now