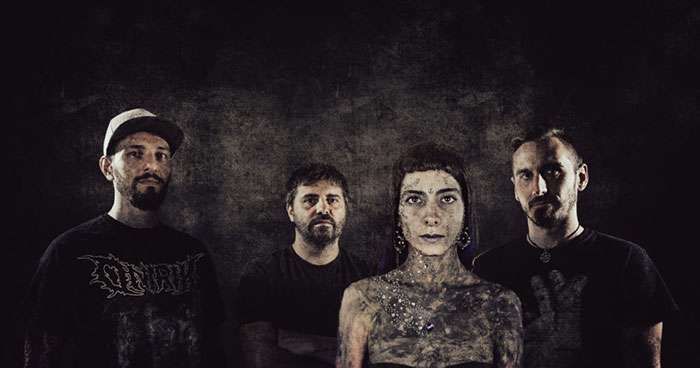 And with 2022 comes the band’s third album Pyramiden. Composed and recorded over three years, the seven-track offering was mixed in the winter of 2020/2021 at Inverno Studios under the supervision of Fabrice Gesuatowhile mastering took place at Anselmo’s Nodferatu Lair with Stephen Berrigan at the bar. The disc features illustrations by Elena Romenkova.

Comments Ferrian, “Pyramiden is about finding a way to isolate yourself from all the discomforts coming from society, and then finding a suitable space to deal with your discomfort. It’s being in the most remote place on earth. where silence gives way to all sorts of visions or hallucinations.As with the previous version, Pyramiden follows the alchemical principle of dissolving in order to take on a new form but of plunging much deeper into the darkness where surviving means, in done, inventing light in darkness.”

Ahead of the album’s release, SYK unveiled their title track, “Pyramiden” today. Watch the video here:

Pyramiden will be released on CD and digitally with a vinyl addition to follow at a later date.