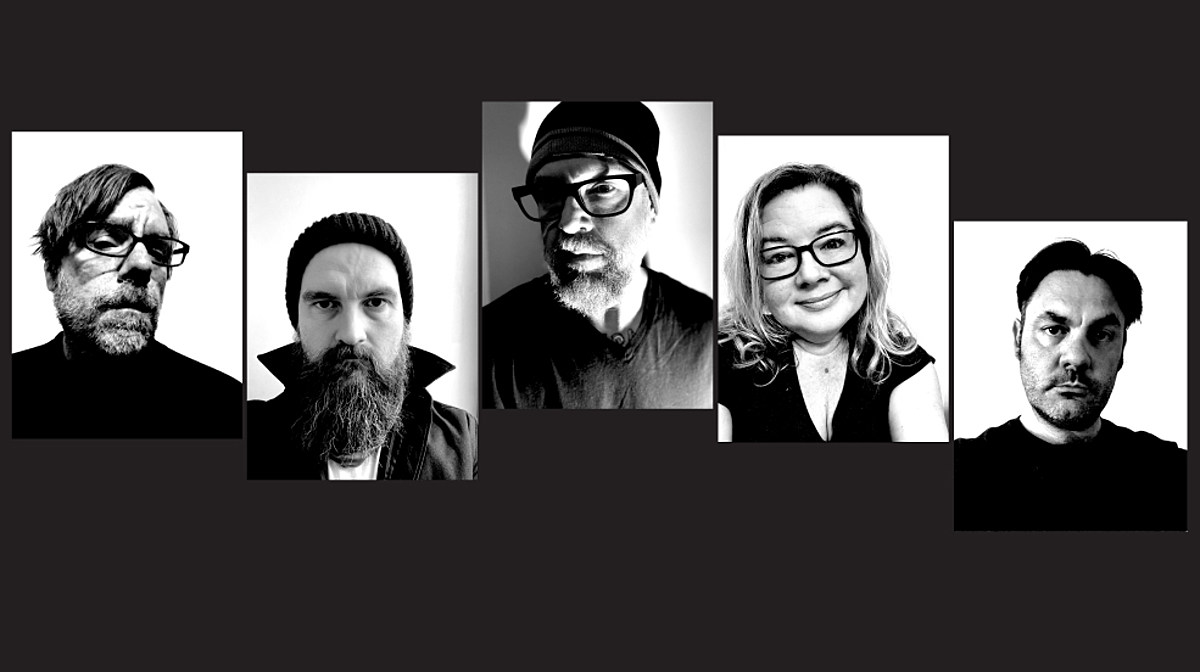 Boston post-rock band Burning Paris were initially around 2000 and 2003, during which time they released a feature film (2001’s Coral City Ruin), an EP/mini-album (2003’s And by December you’ll know where your heart really is), and other miscellaneous tracks, before parting ways and featuring members in On Fire, Esko Esko, and Lavinia. The discography compilation Half-​truths and indiscretions: the retrospective was released in 2006, and was just reissued digitally by Pax Aeternum last month, with a CD release next week (5/20) via The Charon Collective, and the band have also reunited for their first new recording in almost 20 years.

The current roster includes original members Nate Shumaker, Jenny Townsend and Chris Lordan, and they are now also joined by Nate Lavinia bandmate Jon McMahan and new drummer Brad Caetano (Herra Terra, Arms & Sleepers, Seneca, AM/PM) . Their first new recording is a cover of Starfly 59“Softness Goodness” by , which will appear on Starflyer’s upcoming tribute album 59 Major Awards: A Tribute to Starflyer 59, scheduled for July 9 via Pacifirecords. Their version stays pretty true to the original, but they play it the way they wrote it. Here is what Nate says:

When three original members of The Burning Paris started playing together last year, there was no intention of resurrecting the old band. Once we started writing together, it became clear that our sound stayed true to our musical roots, but reflected almost twenty years of evolution through various other musical projects we had been involved in. With the addition of a new drummer (Brad) and guitarist (Jon), we have come to our current state of being, which is a stronger, more confident embodiment of his old self. We are currently working on our next album which will represent experienced perspectives on previously explored concepts with our traditional sound that simultaneously embraces the beautiful, the messy, the chaotic and the cathartic. Quiet music played loud.

I’ve been a fan of SF59 since I first heard the opening riff from their debut album in 1993. Every album they make makes me feel that again. So having the chance to cover one of Jason Martin’s tracks made sense to me and our band as well. I chose it because it’s moving and I think the concept that Jason addresses with the words resonates with me. It feels existential without being too pretentious in a reflection of life itself.

Listen to the cover below and stay tuned for more on their upcoming album. The band also have upcoming tour dates, including a show in Cambridge this month with SOM and Dreamtigers. All dates are listed below.