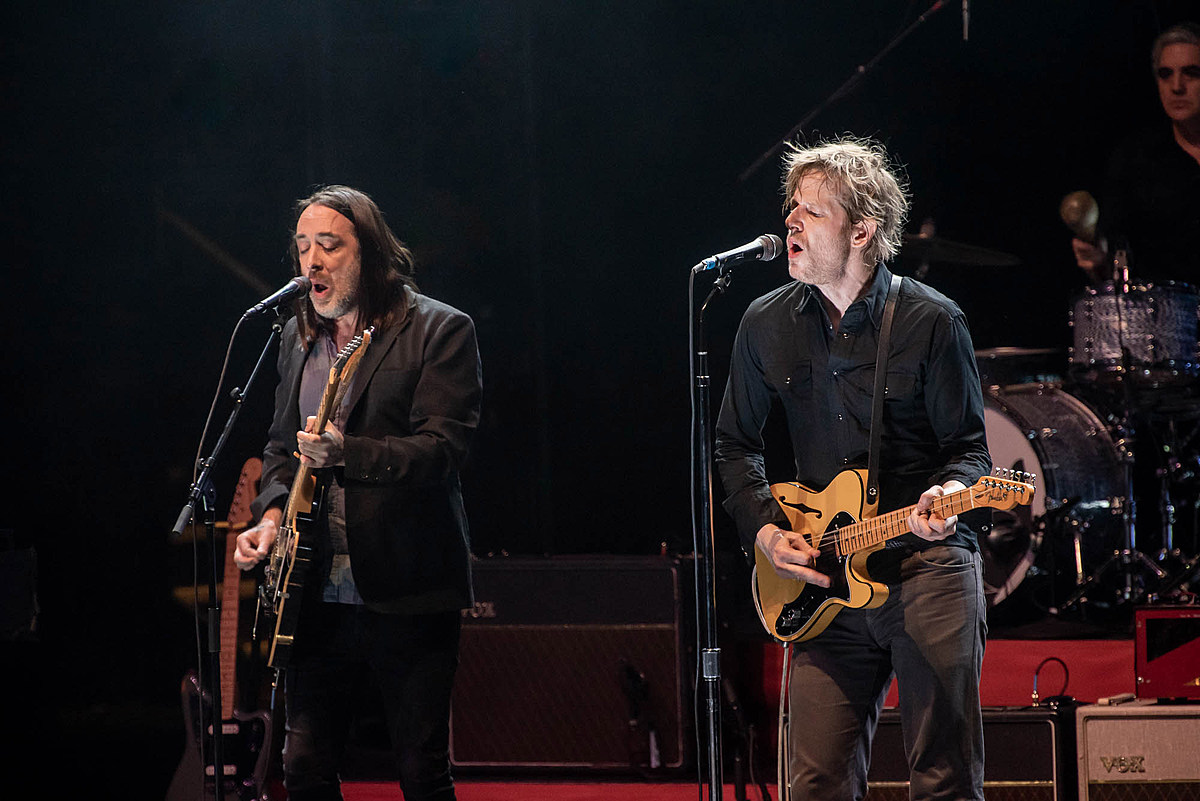 After having had to postpone because of the Covid, Spoon finally got to play NYC’s Hammerstein Ballroom on Friday night (5/6), with a tour mate Margaret Glaspy. The set was a crowd-pleasing mix of old favorites and songs from their excellent new album. Lucifer on the couch. They opened the show with this album cover of Smog’s “Held” and their main set included “The Beast and Dragon, Adored”, “Got Nuffin”, “The Fitted Shirt”, “The Underdog”, “I Turn My Camera On, “I Summon You”, “Wild” and more.

The postponement was fortuitous, as it meant Spoon was in New York the same week Arcade Fire were here for Saturday Night Live. The Montreal group currently includes Dan Boecknerwhich you may recall did the very good Divine Cups album with Britt Daniel in 2012. Spoon released Dan not for a Divine Fits song – which would have been awesome – but to play Dan’s Wolf Parade song “Modern World”, and had him stick around for the closing of the show “The rent I pay.” You can watch the video below.

The six-song encore also led Spoon to bring out Margaret Glaspy to cover Richard and Linda Thompson’s “I Want to See the Bright Lights Tonight.” They also covered John Lennon’s “Isolation” to open the encore, and performed “The Way We Get By” and “Mystery Zone.” Check out Hammerstein’s full setlist, photos from the night by Edwina Hay and more videos below.

Following the conclusion of their current tour, Spoon will be released this summer with Bodega, then in the fall with label mates Matador Interpol and The Goon Sax.

Take the Spoon albums on vinyl.

SETLIST: Spoon @ Hammerstein Ballroom 06/05/2022
Outfit (smog cover)
Got Nuffin
Do you Evah
Do you
The beloved beast and dragon
The hardest cut
The fitted shirt
The outsider
My baby
I invoke you
Lucifer on the couch
my mathematical mind
Should I tell you about it
Upside down
I turn on my camera
Wild