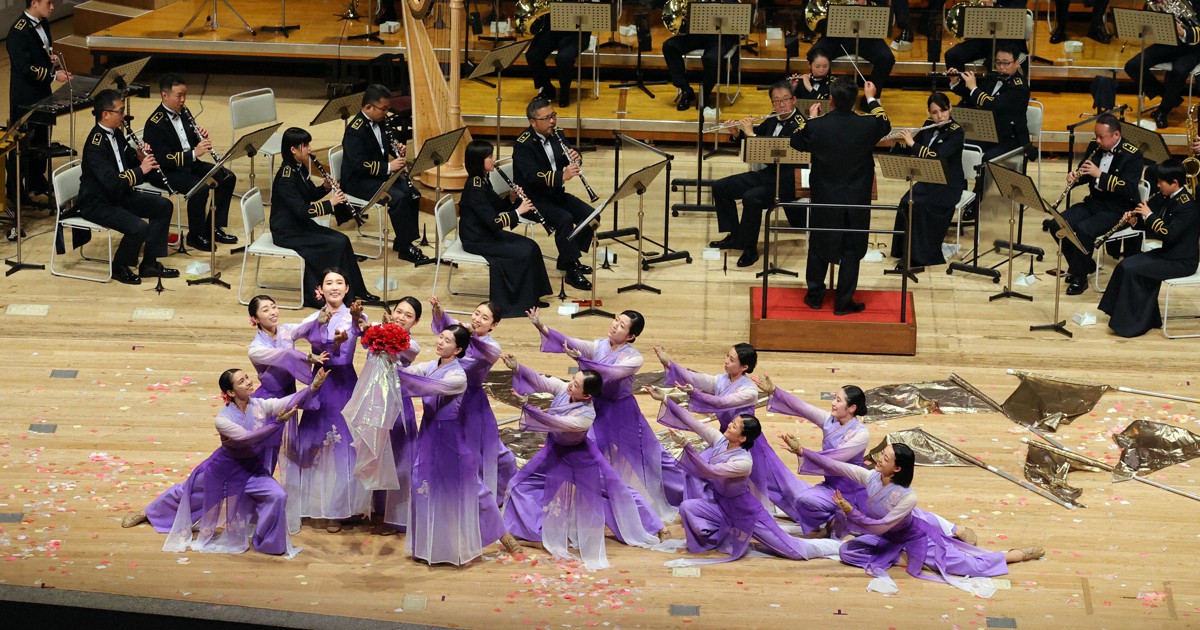 TOKYO – A special edition of the World Police Band Concert, an event promoting public-police exchanges through music, was held here on November 19, with a colorful performance by the Tokyo Metropolitan Police Band and the video performances of police groups in Singapore, Malaysia, the United States and France.

The 25th edition of the concert, held in the main hall of Tokyo Bunka Kaikan in the capital, marked the first time in two years that the event was held, after its cancellation in 2020 due to the coronavirus pandemic.

The World Police Band Concert has been held in Japan and overseas cities since 1996, when inaugural performances were held in Tokyo and Chiba Prefecture, with The Mainichi Newspapers Co. as the main organizer. This year, a parade that usually ran in conjunction with the concert was canceled and the event was first staged as a “special edition,” with only the Tokyo Metropolitan Police Band performing live.

The Tokyo Metropolitan Police group’s acts featured the theme of “Around the World in 80 Days” and “Farewell Jamaica”, while the group’s Color Guard, known as “MEC”, danced under the applause from spectators.

The finale was marked by “Sekai no omawarisan” (policemen of the world), a march with a lyrical melody that the audience applauded in time.