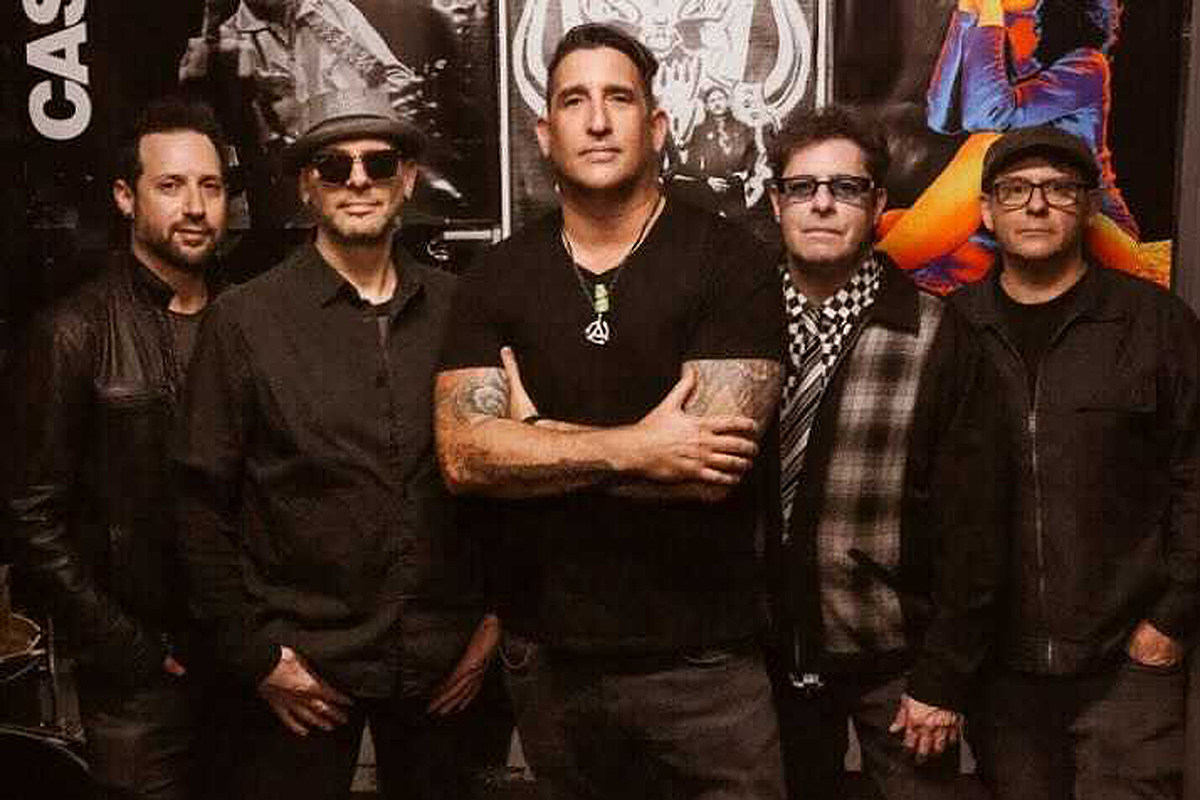 Smash Mouth debuts their new vocalist with a song that many will likely recognize, but it’s not one of their originals. Zach Goode provides vocals for the band on their new cover of Rick Astley’s 80s hit, “Never Gonna Give You Up.”

The band’s cover opens with full-blown synth-infused punk energy before returning to an “All Star” guitar feel and rhythms. Goode actually has a voice that sounds pretty close to the band’s original lead singer, Steve Harwell, which should bode well for their future.

Smash Mouth needed a new frontman after vocalist Steve Harwell confirmed his retirement from the band last fall. The singer had attempted to continue playing with the band last year but eventually pulled out, revealing he had a series of health issues necessitating the decision.

The singer had been diagnosed with cardiomyopathy eight years prior, which had progressed to heart failure. Additionally, Harwell developed Wernicke’s encephalopathy, which is an acute neurological condition that affects the peripheral and central nervous systems.

As for Goode, he joins the band after playing in a series of bands and also finding work in commercials as a voice actor. His previous bands include Ghoulspoon, Divided By Zero, Secret Seven, a yacht rock band called WindBreakers, and a cover band called Geezer that covered everything from Weezer to AC/DC to Dr. Dre and the Beatles.

Goode told KROQ’s Kevan Kenney while recording Audacy (heard below), “They’re an iconic band with great songs. It was kind of a fluke that I just saw somewhere that they needed a singer. I kind of wrote an email, almost like some kind of goof, because they’re never going to respond to that email. And… well, I might- be a little thoughtful, but it was one of those, ‘Hey, you want a dude with bad 90s tattoos and a daddy body? Come talk to me. I’m right here.’ This is my YouTube page.'”

But the band responded, and Goode says he started traveling to San Jose to meet the members and get to know them. “I was kind of a casual fan. I knew the hits, but I didn’t really know the deep cuts, and after listening to the songs and seeing how good they were, what a great songwriter Greg [Camp] was and is, and having a newfound respect for Steve’s voice and seeing how iconic that sound was, that really appealed to me,” the singer said.

Smash Mouth is set to hit the road again in May and have a few dates on their current tour schedule.

Smash Mouth, “Never Gonna Give You Up” (Rick Astley Cover)