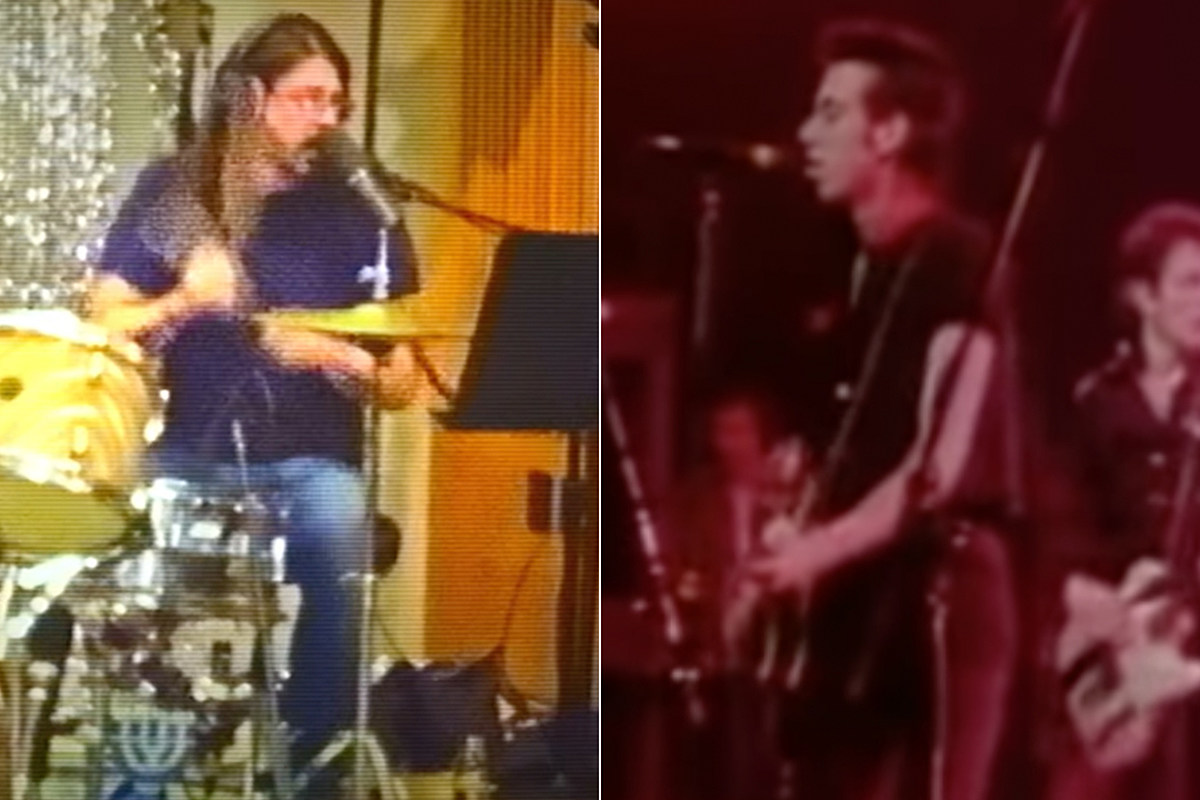 Dave Grohl and producer Greg Kurstin marked the seventh night of Hanukkah with a piano, harmonica and drums performance of The Clash’s “Train in Vain”.

“Michael Geoffrey Jones, born to Russian Jewish mother Renee Zagansky, would become punk rock legend Mick Jones, co-founder of The Clash,” the duo explained in the caption section of the YouTube video on the cover. “It’s London calling Jerusalem as we take a ‘Train In Vain.'”

The poppy breaking song was a last minute addition to the 1979 Clash masterpiece London call that its title did not appear on the original cover pressings. Released as the album’s third single, “Train in Vain” reached No. 23 on the Billboard Hot 100, just behind “Rock the Casbah” as the group’s biggest American hit.

“Train in Vain” is the penultimate song in Grohl and Kurstin’s YouTube series, following a Kazoo-led cover of Billy Joel’s “Big Shot”, a cover of Amy Winehouse’s “Take the Box” with Grohl Violet’s daughter, a keytar-heavy rendition of Van Halen’s “Jump”, a metal version of Lisa Loeb’s 1994 folk-rock song “Stay (I Missed You)”, a faithful version of “Blitzkrieg Bop” of the Ramones and an intentionally planed edition of Barry manilowis “Copacabana”.

Their project will end on Sunday, December 4, the last night of Hanukkah.

This is the second year of the “Hanukkah Sessions”, with Grohl and Kurstin greeting a different Jewish musician each night of the holiday. That year’s kickoff included tributes to Bob Dylan, the Knack, the Velvet Underground, the silly boys, Mountain, Duck, Peaches and Elastica.

On the last day of their 2020 installment, Grohl wrote in the video caption how the collaboration brought him joy during the COVID-19 pandemic.

“As 2020 draws to a close and another Chanukah comes to an end (my first!), I remember the two things that got me through this year: music and hope,” he said. he explains. “This project, which started out as a silly idea, has grown to be something much more important to me. It showed me that the simple act of spreading joy and happiness goes a long way, and as we look to the future, we should all make an effort to do so, no matter how many candles are left. to light on the menorah.

Changes to the Van Halen range

Three different singers and two different bassists have joined the Van Halen brothers over the years.

As pandemic wreaks havoc, Marin organizations band together for good food for all – Marin Independent Journal