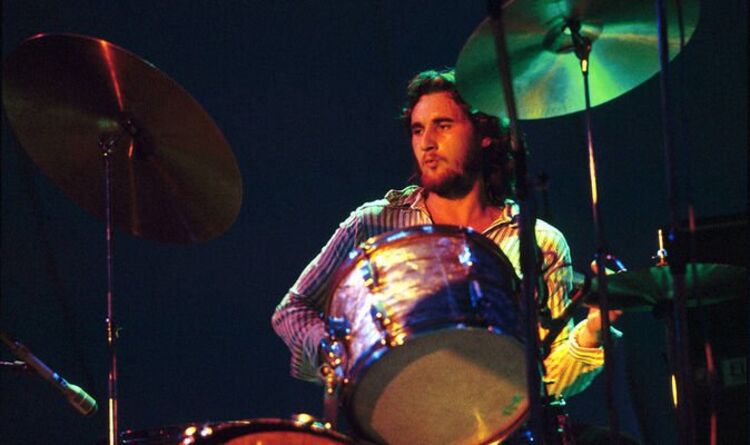 Signed to Atlantic Records, sharing the same manager as Eric Clapton and working in Los Angeles, disaster struck at a drug-fueled party for AWB (as they are commonly known) on September 22, 1974. The guitarist and singer Hamish Stuart still remembers that fateful night: “We had played at the Troubadour in Los Angeles. At the end of this incredible week, everyone was exhausted after doing two long sets a night.

“Someone said ‘This guy is going to throw a party for you,’ so we piled into cars and got in there. The house was overlooking the city and I was standing with a beer sipping. talk to a girl.

“We had only been there a few minutes when all of a sudden there was total panic. People were leaving and our drummer Robbie McIntosh was on deck.

“I called our road manager and he came from the hotel. Robbie’s room was above mine and in the morning I went to see him.

“In the stairwell I met our saxophonist Malcolm Duncan. Collapsing he said ‘Robbie is dead’. Robbie had had a heart attack – we were in pieces.

“We were devastated. Everyone loved Robbie – he was larger than life and a brilliant, funny, warm and moving musician. We were very close friends. He was my mentor in a way. I still think of him often. “

As for McIntosh’s cause of death, Stuart says, “That night some people took something they thought was cocaine.

“I never read a police report but I heard there was heroin mixed with strychnine.

“The guy whose house it was, who supplied the drugs, Ken Moss, was convicted of manslaughter. I heard he died about 20 years ago – a condition I call satisfactory.”

In February 1975, Pick Up The Pieces and the band’s second studio album AWB reached No. 6 in the UK charts and No. 1 in the US.

“It was amazing,” recalls Stuart. “But our celebration was marred by the fact that we lost Robbie. We were a down man. I wish we could all have had this time together.”

Shortly after, Stuart had a shock reading the American rock magazine Crawdaddy: “A story in there said ‘Robbie McIntosh, formerly of The Average White Band, will be the new lead guitarist for The Pretenders’.

“By then Robbie had been dead for about nine months and I was like, ‘How could they be so wrong? Turns out they had confused Robbie from AWB with an English guitarist called Robbie McIntosh.

“In 1984 I was in New York when The Pretenders were playing. I met their Robbie and told him who I was.

“We chatted over a couple of beers, and he was like, ‘I even got a couple little royalty checks for (your) Robbie but I sent them back.’ We got along great and remained good friends. since.

“When I reached out to Paul and he was looking for a guitarist, I suggested Robbie, who had by then left The Pretenders.”

The “Paul” Stuart refers to is McCartney, one of two ex-Beatles he worked with: “When I was a teenager, my mother told me she once saw a fortune teller who said she would have a son whose name would be in the lights.

“It never happened until 2006 when I was with Ringo Starr & His All-Starr Band and we were playing Radio City Music Hall. Outside were the names of the whole band, so I took a picture and sent it to my mum saying ‘Here you are…finally!'”

Born on October 8, 1949, Hamish grew up in south Glasgow, the eldest of two sons of Jack, who worked for a marine insurance company, and Ina.

“My mother and father met while doing amateur opera and sang together in church choirs. Singing was like breathing in our house. I always listened to music on the radio and I sang with Bobby Vee, Elvis Presley, Sam Cooke.

“But what really struck me was when the Beatles came along.

“When I first heard From Me To You it was game over – I was hooked. I saw them in 1963 after winning Glasgow Evening Citizen tickets.

“I took my 15-year-old cousin Janice and as soon as the band started she stood up screaming and I thought, ‘What happened to her?’

“I got a guitar when I was 14 and me and my buddy Kenny would go to his house after school and learn all the songs from A Hard Day’s Night.

I was not an academic. The only O’Levels I had were English and Art. I would look out the window wanting to play music.”

In his late teens, Stuart formed Dream Police, whose success took them to London in 1969.

“We heard that the BBC were going to use our single I’ll Be Home (In A Day Or So) for the Apollo 13 comeback. Well, we know where that went – top shots and all that! “

It was partly because he knew Robbie McIntosh in Glasgow that Hamish joined the Average White Band in 1972, two months after they formed.

“He was an absolute drummer, he blew everyone away. We had a great time at AWB. There was a lot of humor. We were all on the same path, so there was a great spirit.

“Everyone at AWB liked to drink. I remember we took a break during the making of the first album at Wimbledon and went to the pub. With six in the band, that meant six tours – so we drank six pints, came back and cut a piece.

“I was playing bass and I remember hanging on to what Robbie was playing.

“People see ‘heroin’ and maybe think Robbie was a hopeless junkie, but nothing could be further from the truth.

“He was a vibrant character, full of life and much loved.”

He continues: “Then 18 months later we were firing on all cylinders and playing great music again, like before we lost Robbie.”

Their next hits included the aptly titled Let’s Go Round Again.

Stuart’s highlights with AWB include appearing on stage for Marvin Gaye to perform I Heard It Through The Grapevine, mingling with musical royalty at the Grammy Awards when Pick Up The Pieces was nominated and playing football in Los Angeles with Rod Stewart and Ray. Davies.

Despite a large worldwide following, which included a teenaged Barack Obama, AWB’s success had waned by 1982 and they went their separate ways.

He teamed up with Macca in 1987 after getting a call from Paul’s manager one morning.

“He said, ‘Paul is putting together a band and we’re going to do a new album. Do you want to come over, do a play, see how it goes?’ I almost choked on my toast!”

Stuart’s collaborations with McCartney included the acclaimed 1989 album Flowers In The Dirt, 1991 Unplugged performances, and world tours in 1989 and 1993.

“Paul’s work ethic is really strong. He’s a natural musician. The attention to detail on Flowers In The Dirt was pretty incredible.

“It’s a beautifully crafted record and I’m proud to be a part of it.

“When you play Let It Be and The Long And Winding Road with Paul on tour, you see how emotional it is. I would love to work with him again,” adds Stuart, who will join Ringo Starr & His All Starr Band for a fourth tour in May and June.

Living with his partner of 25 years, Claire, in Kent, where they ran a gastropub and a music festival, the divorced father of three says he hopes to one day record with his daughter Emma, ​​who is a singer professional.

Soul Deep by Output/Input is available on most digital platforms. Watch the video clip here.