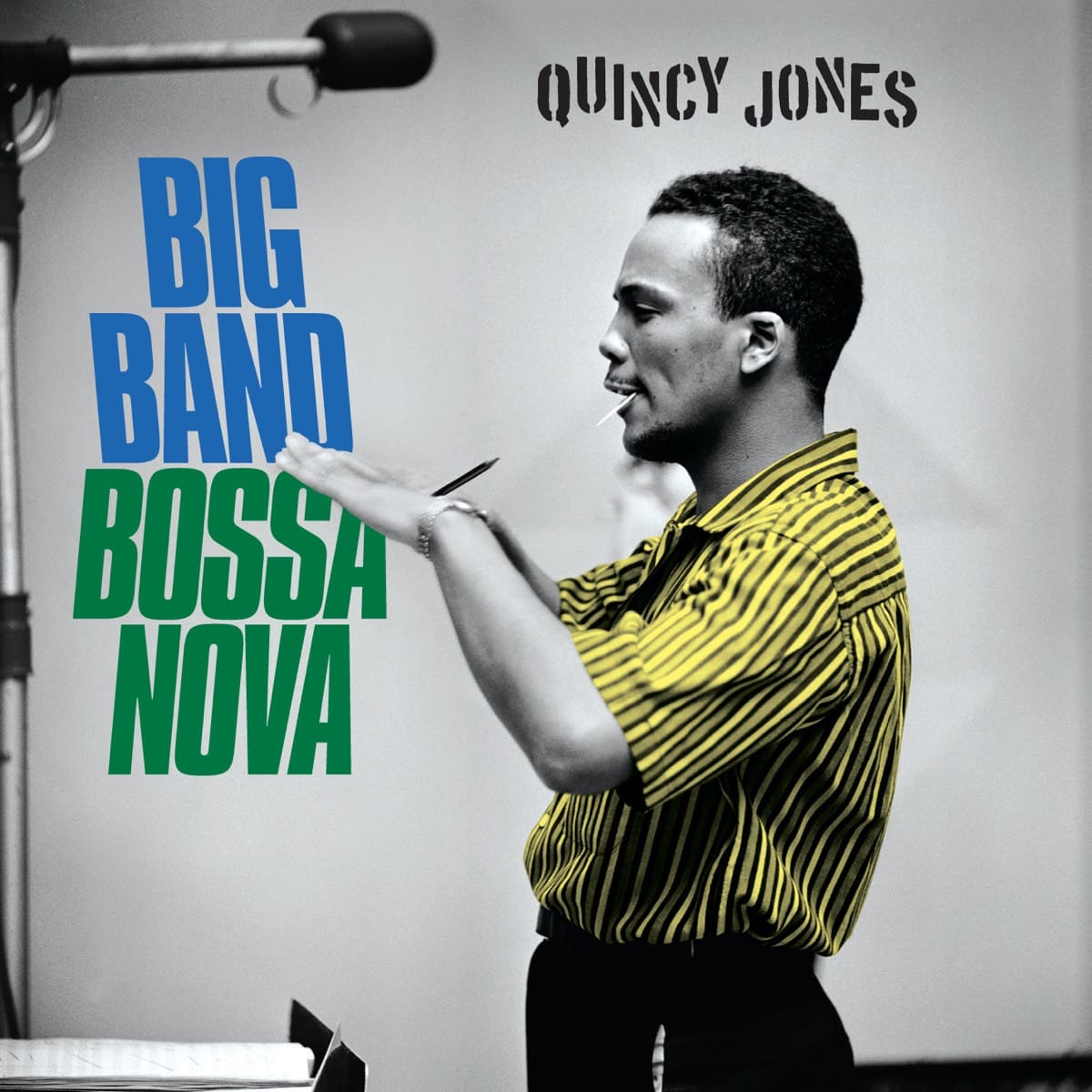 Big Band Bossa Nova was recorded seven months after the launch of Stan Getz and Charlie Byrd Jazz Samba. It was probably designed to achieve maximum radio playback as the average playing time is just over three minutes, which would have made it popular with disc jockeys keen to present “the new.”

The Quincy Jones charts are performed by the cream of New York session men although the original LP makes no mention of the staff. 20th Century Masterworks listed the main soloists, but they would be easily identified by readers of Jazz review and inevitably because of the commercial nature of the date most of the solos are very short.

The irrepressible Phil Woods is the most represented and he takes center stage on One Note Samba, Lalo Bossa Nova and Serenata. The happy sound of Clark Terry’s bugle is heard over Boogie Bossa Nova and No More Blues. Paul Gonsalves weaves a delicately serpentine line through Morning Of A Carnival and melodic Jim Hall has none of the issues on Desafinado that seemed to torment Charlie Byrd on his recording with Stan Getz.

The delicious surprise here is the inclusion of one of Jones’ best big band dates in its entirety – The quintessence. Although the notes refer to it, Quintessence is not mentioned on the CD cover at all, which is an odd marketing decision.

Benny Golson’s eye-catching Little Karen makes her debut here with a powerful solo from Eric Dixon and Straight No Chaser is distinguished by a trombone by the immaculate Curtis Fuller. For Lena And Lennie (dedicated to Lena Horne and Lennie Hayton) is a sweet swinger for Joe Newman in a Harmon-mute with a delicious Basie-type piano by Bobby Scott. Bronislau Kaper’s invitation from the 1952 film of the same name is introduced by Jerome Richardson’s alto flute with lush backgrounds of the four-horn section. Curtis Fuller, Phil Woods, and Oliver Nelson are all clearly inspired by the composer’s dramatic theme.

Again hats off to 20th Century Masterworks for the informative booklet.