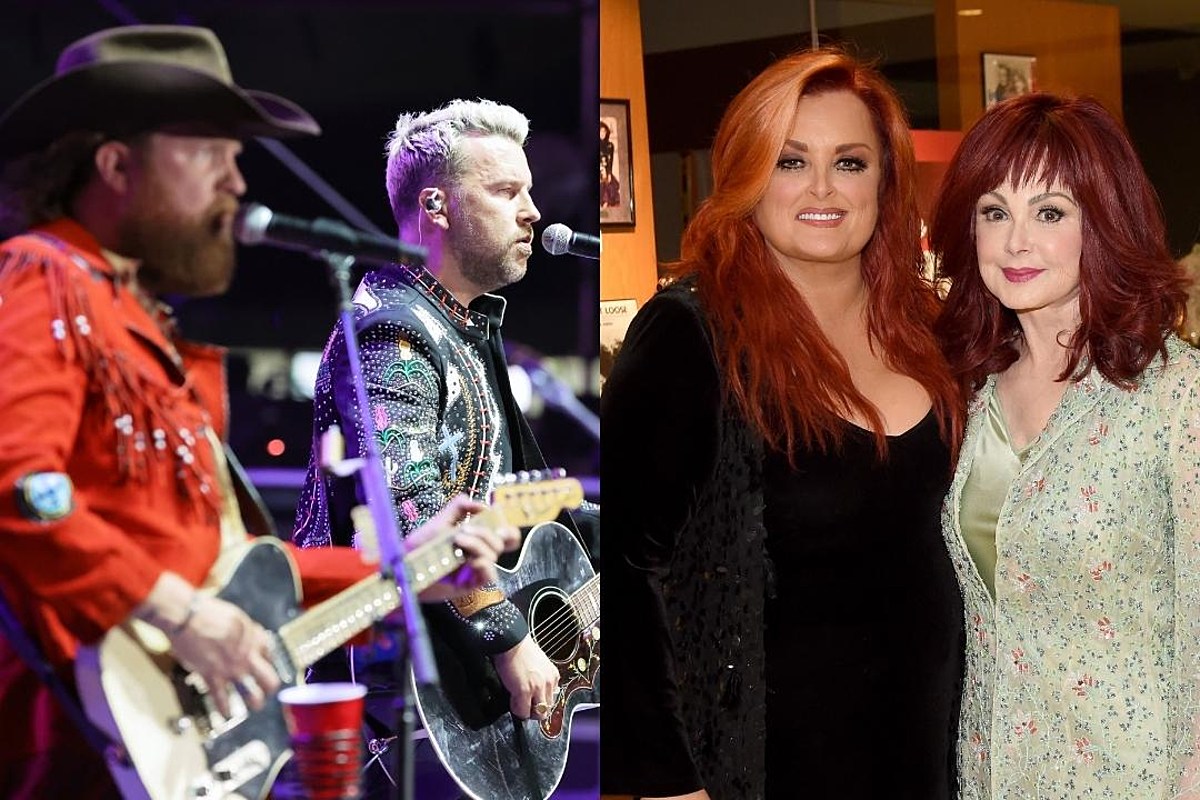 Slowing down the tempo of their energetic set for a minute, the band’s TJ and John Osborne released their stripped-down, more poignant cover of the Judds’ 1984 hit, “Why Not Me.”

“You been looking for love all over the world / Baby, don’t you know that country boy is still free? Why not me? / Well, you finally came back to your old hometown / Your boy from Kentucky wait patiently why not me?” sings TJ in the first verse, with a reverse gender perspective.

The reigning ACM Duo of the Year performed a fiery 50-minute set at the annual California Country Music Festival, delivering hits like “It Ain’t My Fault,” “Shoot Me Straight,” “I’ m Not For Everyone” and the autobiographical “Younger Me,” which won a Grammy for Best Country Duo/Group Performance earlier this year.

“Why Not Me” is the title track and lead single from the Judds’ 1984 debut album. The song became their second No. 1 hit, spending two weeks atop the chart. Billboard Chart of hot country songs. The mother-daughter duo had 14 No. 1 singles over their three-decade career, including “Mama He’s Crazy,” “Rockin’ With the Rhythm of the Rain” and “Girls Night Out.”

Naomi’s passing came as a shock to the country music community on Saturday, April 30, just a day before the Judds’ long-awaited induction into the Country Music Hall of Fame. In a statement, her daughters Wynonna and Ashley Judd shared that their mother had succumbed to the “disease of mental illness”.

The two sisters were present at the induction ceremony on Sunday May 1. There, Ashley tearfully told the crowd, “I’m sorry she couldn’t make it until today,” before Wynonna delivered her acceptance speech. Equally heartbroken, the “No One Else on Earth” singer publicly shared the family’s final moments with the matriarch, which included praying Psalm 23 together.

During the emotional induction, Carly Pearce paid tribute to her Kentucky compatriots with her heartbreaking rendition of “Grandpa (Tell Me ‘Bout The Good Old Days)”, Gillian Welch and David Rawlings sang “Young Love (Strong Love) and Timmy Simms delivered the uplifting “Love Can Build a Bridge”.

The Judds have 14 No. 1 songs and topped Duo and Group of the Year awards at the CMA and ACM Awards in the 1980s. They also recorded several dozen great songs that never made it to radio. Here is their Top 10 songs of all time.