Jarvis Leatherby (Vocals/Bass) comments, “2020 has definitely been the Year of the Demon in so many ways! Never in our wildest imagination would we release (5) 7″ singles in a calendar year, and nowhere in our fans’ imagination would be one of the hardest touring bands of the past decade to be sidelined (along with the rest of the world) by this virus that has demonized our lives. We’re proud to finally release these songs as a complete collection and include the rare B-sides that only saw the light of day on the collector’s record player. Here comes 2022 and the future that brings us all something more to look forward to. We have a lot more to come this year!”

When the world came to a standstill in March 2020, Night Demon’s extensive touring plans were derailed; however, their creative flame burned brighter than ever. In the spring and summer of 2020, the band released a series of five self-contained, limited 7″ singles, which their loyal legions devoured voraciously; all physical products sold out instantly. Aside from the original songs ( which were also released on digital/streaming platforms), single recordings were exclusive to 7″ vinyl pressings; they have never been made available to the public for purchase in any other format – until now, with Year Of The Demon.

For Night Demon fans who are hungry for fresh material, 2022 is truly “the year of the demon”. Along with the compilation due out in March, the band are delighted to reveal that they are currently working on a new studio album, with an expected release date of November 4, 2022. Stay tuned for more details to come. . 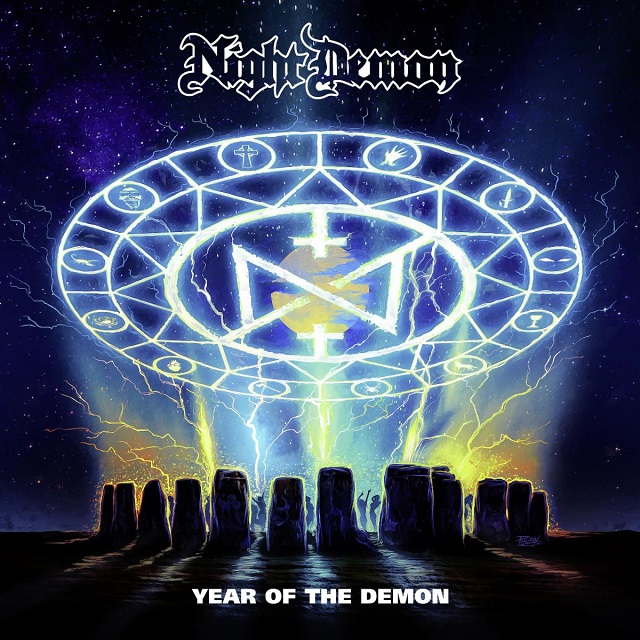