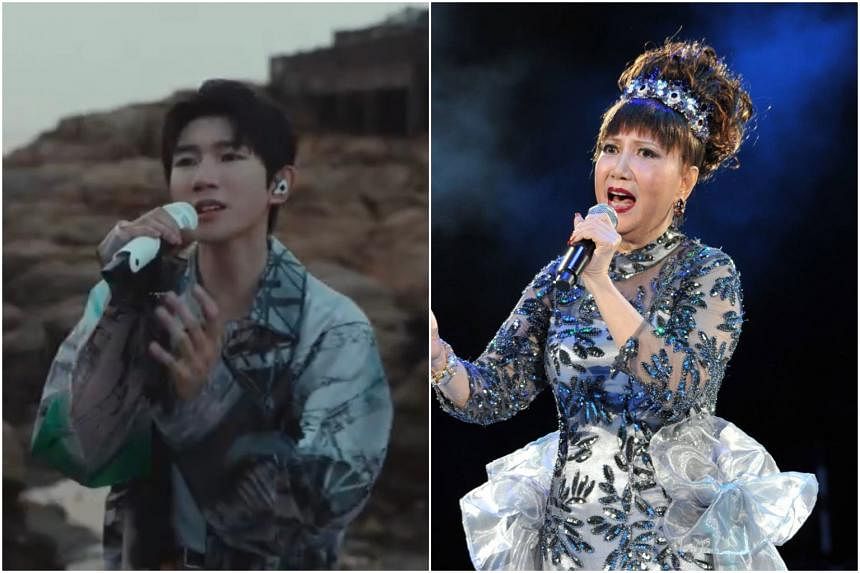 Singer Lisa Wong, whose music was popular in Hong Kong and Southeast Asia in the 1970s, performed a concert at Queen Elizabeth Stadium in Hong Kong in 2017. A recording of the show was uploaded to the WSM Music HK’s YouTube channel in two parts last month. .

Donning a sleek black outfit adorned with feathers, Wong opened the show with a rendition of the hit Cantonese song Colorful Clouds Chasing The Moon, and also sang the English number Tell Tommy I Love Him.

Her guest vocalists included vocalists Ho Kwok Choi and Aman Fong, who joined her for the duets Autumn Moon Over The Calm Lake and Happy Partner respectively.

To watch the concert on YouTube, go to Part One and Part Two.

Chinese singer Roy Wang’s latest album Summer Time (2021) was among the most popular Chinese pop releases last year, and last month he uploaded a half-hour online showcase of his songs .

The member of superstar boy band TFBoys performed on a seaside stage as the sun set. He started with the romantic ballad My Miss Stranger and followed with the bittersweet Sorrow But Beautiful, for which he wrote both the lyrics and the melody.

To watch the concert on YouTube, go to this site.