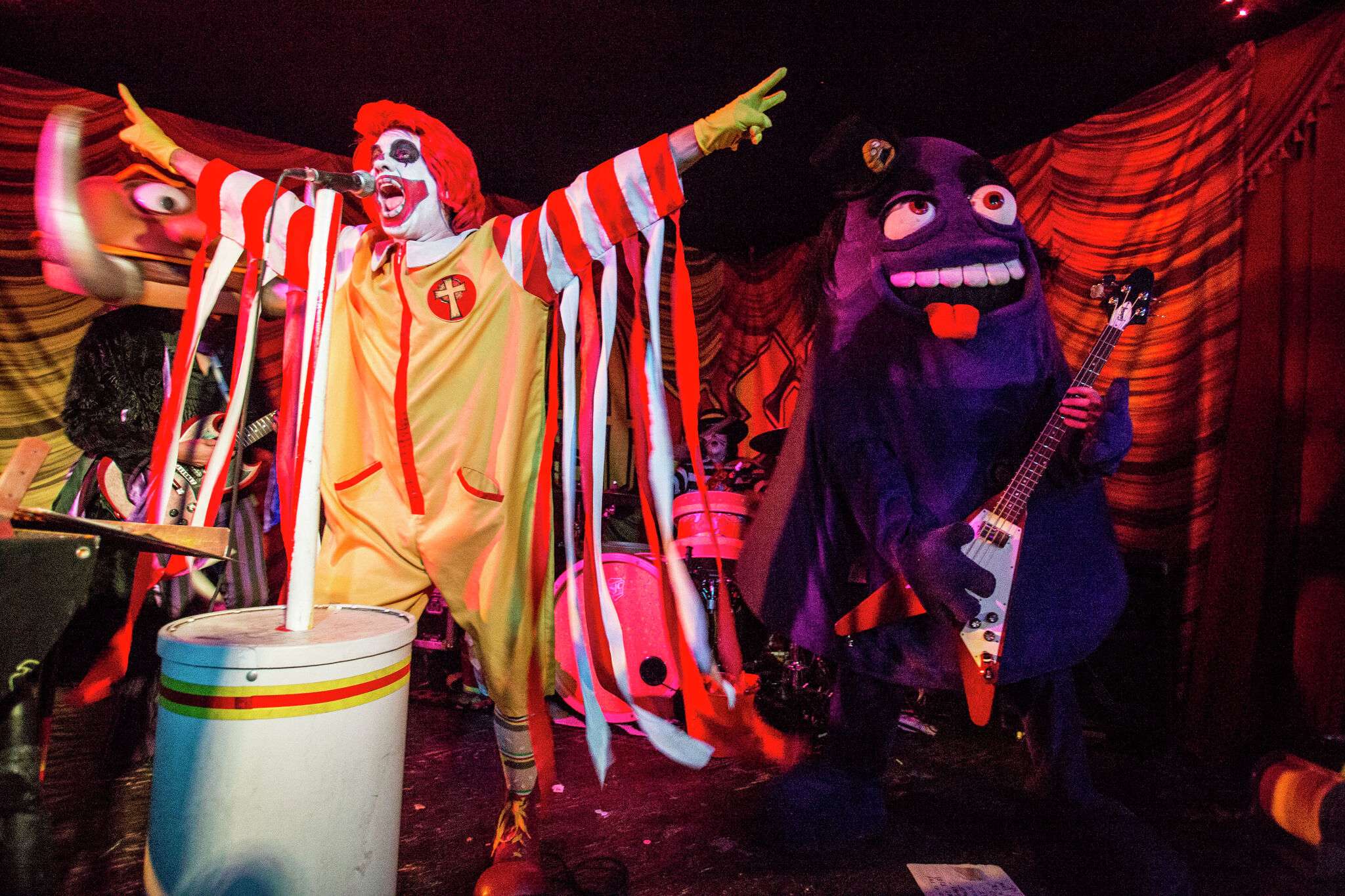 What happens when one of the most influential metal bands of all time meets fast food?

You get “drive thru metal”. At least that’s what the members of Mac Sabbath tagged their take on Black Sabbath music as comedy.

Featuring Ronald Osbourne on vocals, Slayer MacCheeze on guitar, Grimalice on bass and Catburglar on drums, Mac Sabbath has been delivering parody versions of some of Black Sabbath’s biggest hits since their formation in 2014.

Mac Sabbath not only rearranges the titles of songs like “Iron Man” and “Sweet Leaf” to “Frying Pan” and “Sweet Beef”, but he also turns the lyrics upside down with numerous references to McDonald’s and other fast food items. .

Speaking of Black Sabbath, the band has gained legions of fans along the way, including the former vocalist of the band, Ozzy Osbourne.

Osbourne met the group in 2018 as part of a segment on his show “Ozzy & Jack’s World Detour”, in which Osbourne described the group as “a fun parody on Black Sabbath” and that he thought they ” had done a good job.”

As the band plays into their fast food imagery, Mac Sabbath’s aim is to draw attention to the health effects of fast food and the negative impact of consumerism within the fast food industry. fast food.

“You break down the lyrics, and [Black Sabbath] warned of evil. This is a warning about fast food,” manager Mike Odd told the Memphis Flyer.

After postponing their 2021 tour, Mac Sabbath is back with their 2022 Pop-Up-Drive-Thru Tour, stopping at Norwalk’s Wall Street Theater on Sunday, October 23. Opening for Mac Sabbath will be 90s metal band Speedealer and art-punk duo Lung.

The show is 21+. The tickets are currently on sale.