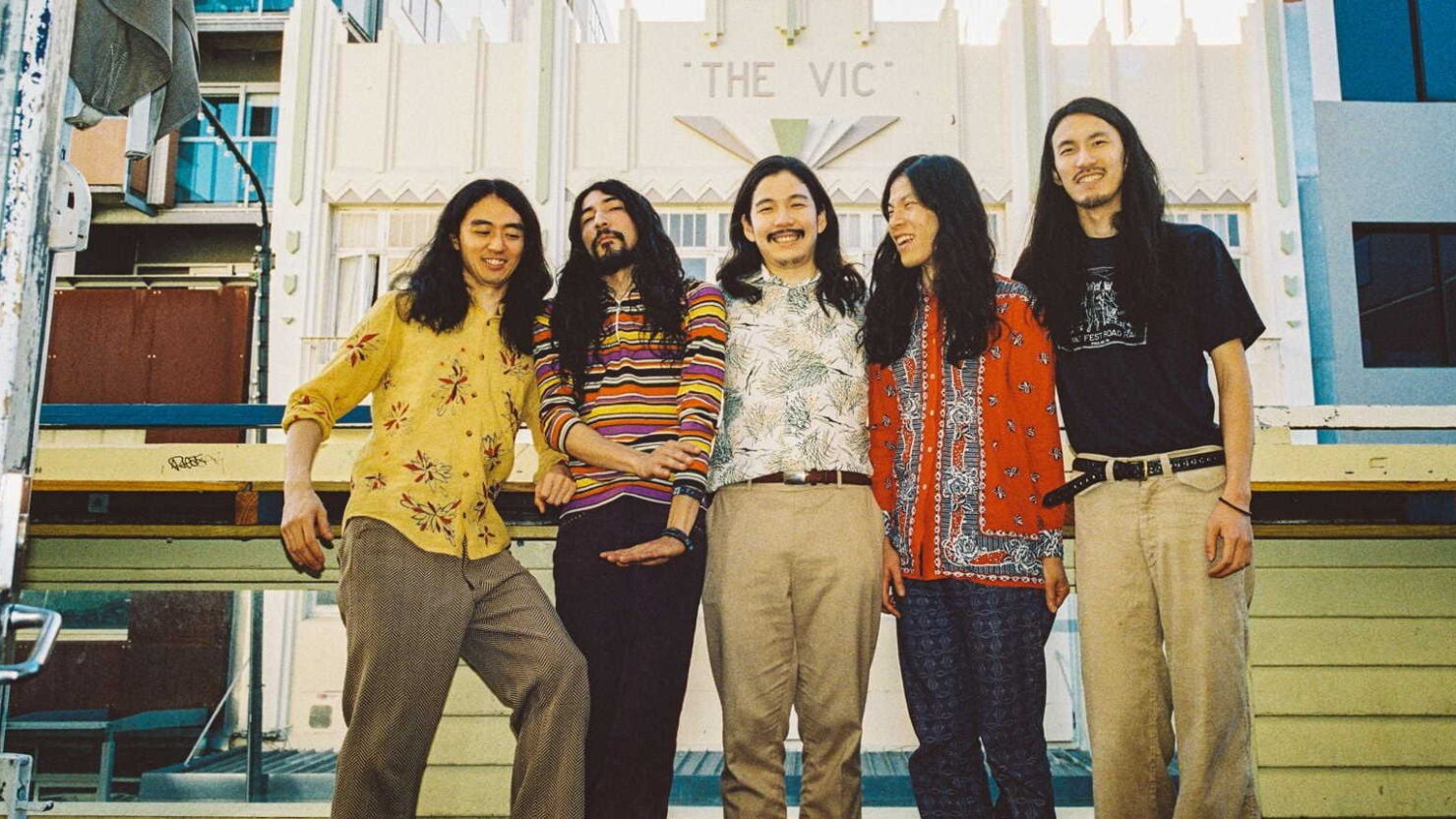 Watch a visual for the lead single, “Cardboard Pile.”

Kikagaku Moyo will be releasing their latest album, Kumoyo Islandon May 6 via their Guruguru Brain label. The psychedelic rock band from Tokyo also shared the single “Cardboard Pile.”

In January, Kikagaku Moyo announced that they would be disbanding after 2022. Along with the announcement, the group indicated that they would be embarking on their final tours and releasing their fifth and final studio album. After announcing the tour, the band are now detailing their latest album, Kumoyo Island.

Produced by Kikagaku Moyo, the quintet captured part of the record in their adopted city of Amsterdam. But they have rightly come full circle for their latest album returning to Tokyo’s Tsubame Studios where they made some of their earliest recordings a decade ago.

In many ways Kumoyo Island represents the culmination of a journey for Kikagaku Moyo. While their decade-long career can be summed up as a series of kaleidoscopic explorations through lands and dimensions far and near, there is a strong intention in each of their works to take the listener to a particular place. , however real or abstract. In this sense, the title and cover art of the band’s fifth and final album draws you into a magical mass of land surrounded by water, but the couch suggests that Kumoyo Island is perhaps not an ephemeral halt, but rather a place of respite, where one can take a break and absorb everything.

Kikagaku Moyo preview Kumoyo Island featuring the track “Cardboard Pile,” which arrived with an accompanying visual by Katsushika Shusshin. Watch it below:

Eva Under Fire kills it with the cover of “Separate Ways”