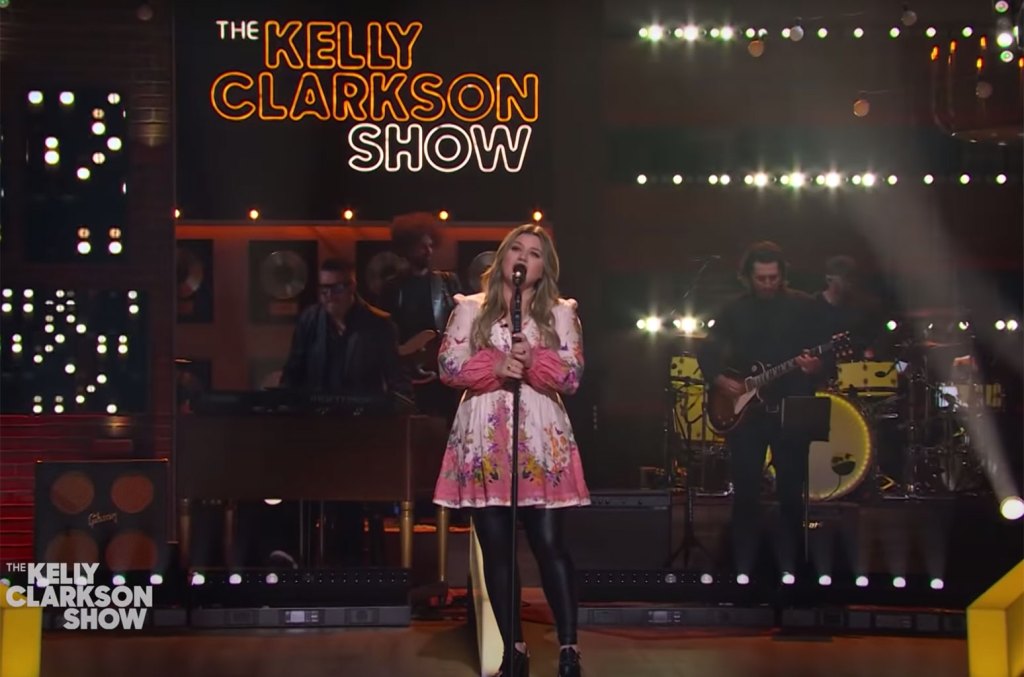 Kelly Clarkson returned to The Kelly Clarkson Show on Tuesday, February 8 with his version of the Eagles’ classic “Heartache Tonight”.

“Someone’s gonna hurt somebody before the night is out / Somebody’s gonna come undone, there’s nothing we can do / Everybody wanna touch somebody if it takes all night / Everything the world wanna take a little risk, get it out right / There’s gonna be a heartache tonight / A heartache tonight, I know,” the singer said, pushing back a sassy smile and showing her very loud voice.

Released as the lead single from the rock band’s 1979 album The long term“Heartache Tonight” reached the zenith of the Billboard Hot 100 in November, eventually becoming the fifth and final No. 1 hit of the Eagles’ career.

During the episode, the multi-hyphen dove into the best of new television as she interviewed Quinta Brunson about her hit ABC comedy. Abbott Elementary School and Kristen Bell on her (very, very) deadpan Netflix parody of crime The woman in the house opposite the girl at the window. (The Frozen star also happily – and hilariously – introduced Clarkson to the art of being a nosy neighbor in the 21st century via the Nextdoor app during their conversation.)

Other songs the talk show host recently picked for her fan-favorite “Kellyoke” segment include Duncan Laurence’s 2019 Eurovision Song Contest winner “Arcade”, “More Hearts Than Mine” by Ingrid Andress, “Don’t Dream It’s Over” by Crowded. House and an encore of The Spin Doctors’ “Two Princes”, once again proving she can sing just about anything.

Watch Clarkson knock “Heartache Tonight” out of the proverbial park below.