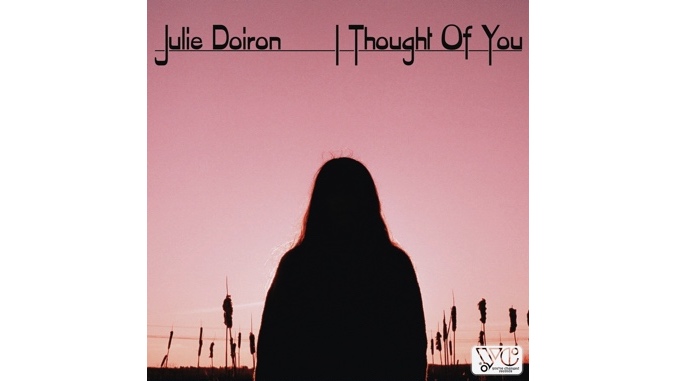 Julie Doiron writes the album openings as if they were cold emails from a friend you haven’t heard from in a long time – seemingly out of the blue, but unmistakable in their comfort and charm. On his last official solo release, So many days, she provided a modest mission statement on “Cars and Trucks,” the album’s intro track, on how inspiration comes to her. “So I’m writing this song to prove to myself that maybe I can write songs,” she sang, “I pushed it away for all kinds of reasons that I was afraid to try. ” On reading, it makes perfect sense that it’s been nine years since Doiron released an official solo album. It’s a weird understanding not to force the muse she nurtures on her brand new album, I thought about you.

Although almost a decade has passed since the release of So many days, the Canadian musician was not really silent during this period. In 2017, she released an album under the moniker Julie & The Wrong Guys with members of Toronto hardcore band Cancer Bats, who found her exploring slightly more muscular territory than her varied solo work or collaborations with heroes. beloved lo-fi Eric’s Trip. On top of that, she continued her Canta in Spanish series, which consists of reimaginations in Spanish of his earlier work. In 2019, she also teamed up with Phil Elverum of The Microphones and Mount Eerie to release the critically acclaimed film. pt. 2 of their Lost wisdom project.

With so many projects occupying him over the years between solo albums, you’d think a recording with Doiron wouldn’t be necessary. But in the first two lines of I thought about youThe opening track of “You Gave Me The Key” is like giving you an update on life in a little corner of a crowded bar. “There was never a plan, no need to explain,” she sings in her forever recognizable quiver, “But here I am, I’m doing it again.”

When the track kicks off with all the strength of its backing band, with ultra-prolific rock scholar and You’ve Changed Records conductor Daniel Romano on guitar, his brother Ian on drums and songwriter Dany Placard on bass, the sense of playfulness from Doiron’s Best Work is on full display. Much like their recordings with their phenomenal band The Outfit, the Romano brothers add live-wire energy to songs like this and the title track chooglin ‘. The latter finds that Doiron is explaining to listeners why she may not have been in such a confessional mood so far. “It’s been so long, I haven’t had much to say,” she sings over Romano’s dry tremolo guitar, “But honestly I was ashamed / And honestly I was scared to say I was thinking of you. ” Just like in the physical sense, grieving the death of a romance takes time to process. For Doiron, perhaps she needed to divert her creativity for a moment in order to rediscover the unfailing perspective that she reaches everywhere. I thought about you.

Recorded in a secluded cabin in the woods, the album’s spiky chemistry between Doiron and his band strikes the best balance between naked folk and his love of frenzied guitars since perhaps his 2002 album with Wooden Stars. Similar to this collaboration, hearing Doiron find ways to overcome the heaviness of this group is the best possible showcase for his expressive and singular voice. She combines the hushed freshness of Kim Deal with the vulnerable acrobatics of Leslie Feist, a kind of priceless natural ability. When she lengthens the line, “I was still learning, my heart was not yet open,” on the crippling ballad “The Letters We Sent”, Doiron proves that the balance of the high-flying act is just as much a matter of the weight of his words as these are those moments of beauty. The song also features Romano’s most injured Crazy Horse-style guitar playing on the record, further infuriating the heartache left in the emotion of the album.

The only moments on the album that don’t work are those that don’t quite match the strengths of Doiron or his backing band. Songs like the heavy psychedelia of “Just When I Thought” or the stomping of a note of “Ran” surpass their reception simply by not turning as far to the left as they should have. Rather than adding a touch of variety to the album’s track list, they end up looking like unfinished ideas amid a handful of inspired tracks.

On the closing track of the album “Back to the Water”, an unaccompanied Doiron assesses her current place in the world, an act in a good manner before saying goodbye. “I don’t need to know the answers / I don’t need to be found / I have been given so many chances / There is pain all around,” she sings with the assurance of someone who has just spent their two weeks at their soul death nine to five wandering the world in search of enlightenment. “I know there is a lesson here to be learned,” she adds, closing the album, “I’ve been here before.”

Pat King is a Philadelphia-based journalist and host of In conversation podcast at Ears to Feed. He releases his own music with his Labrador Project and is a tireless fan of shows and fanatic rock doc. He recently embarked on long-distance running, which he is not silent about. You can follow it on @MrPatKing.