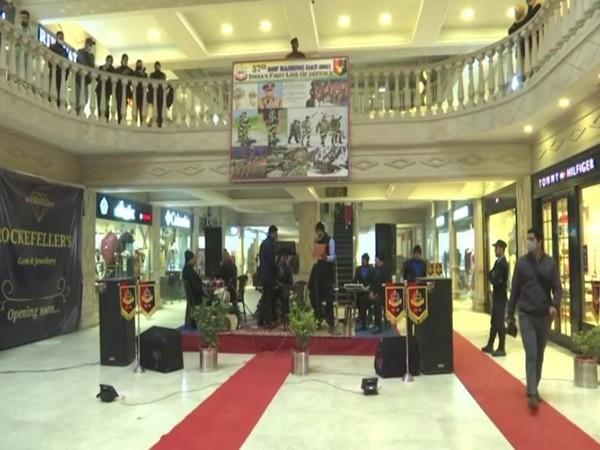 The Border Security Force (BSF) held a brass and jazz orchestra performance on Monday at the Srinagar City Mall to spread the message of unity and solidarity among the people, as part of the celebrations of the 57th BSF and Azadi ka Amrit Mahotsav fundraising day.

“BSF not only defends the sacred borders, but partners with the local population; a melodious display of BSF Kashmir’s Brass and Jazz Band at City Walk Mall Srinagar was held today to spread the message of unity and solidarity among the people on the occasion of 57 BSF. Raising Day, “BSF Kashmir tweeted.

Speaking about the event, MA Joyee, Deputy Inspector General (DIG) BSF (Srinagar Sector), said: “As part of the celebration of the Azadi ka Amrit Mahotsav and BSF Collection Day, we have organized this event. December 1 is the day of the BSF fundraising. We are organizing other events of this type in the border district in collaboration with the inhabitants of this area. “

Vivek Singh, a resident of Bhopal, who was traveling to Srinagar, attended the event and said: “I really appreciate this event organized by BSF. I would ask everyone to visit Kashmir, it is truly a paradise on earth. Music is a medium that brings peace to everyone, so I would say it was a good step taken by BSF in hosting this event. “

BSF Raising Day is celebrated on December 1 because this paramilitary force tasked with guarding India’s land border in peacetime and preventing transnational crime was established on that day in 1965.

“Azadi Ka Amrit Mahotsav” is an initiative of the Indian government to celebrate and commemorate 75 years of progressive India and the glorious history of its people, culture and achievements.

(With entries from ANI)

Disclaimer: This article was posted automatically from an agency feed without any text changes and has not been reviewed by an editor