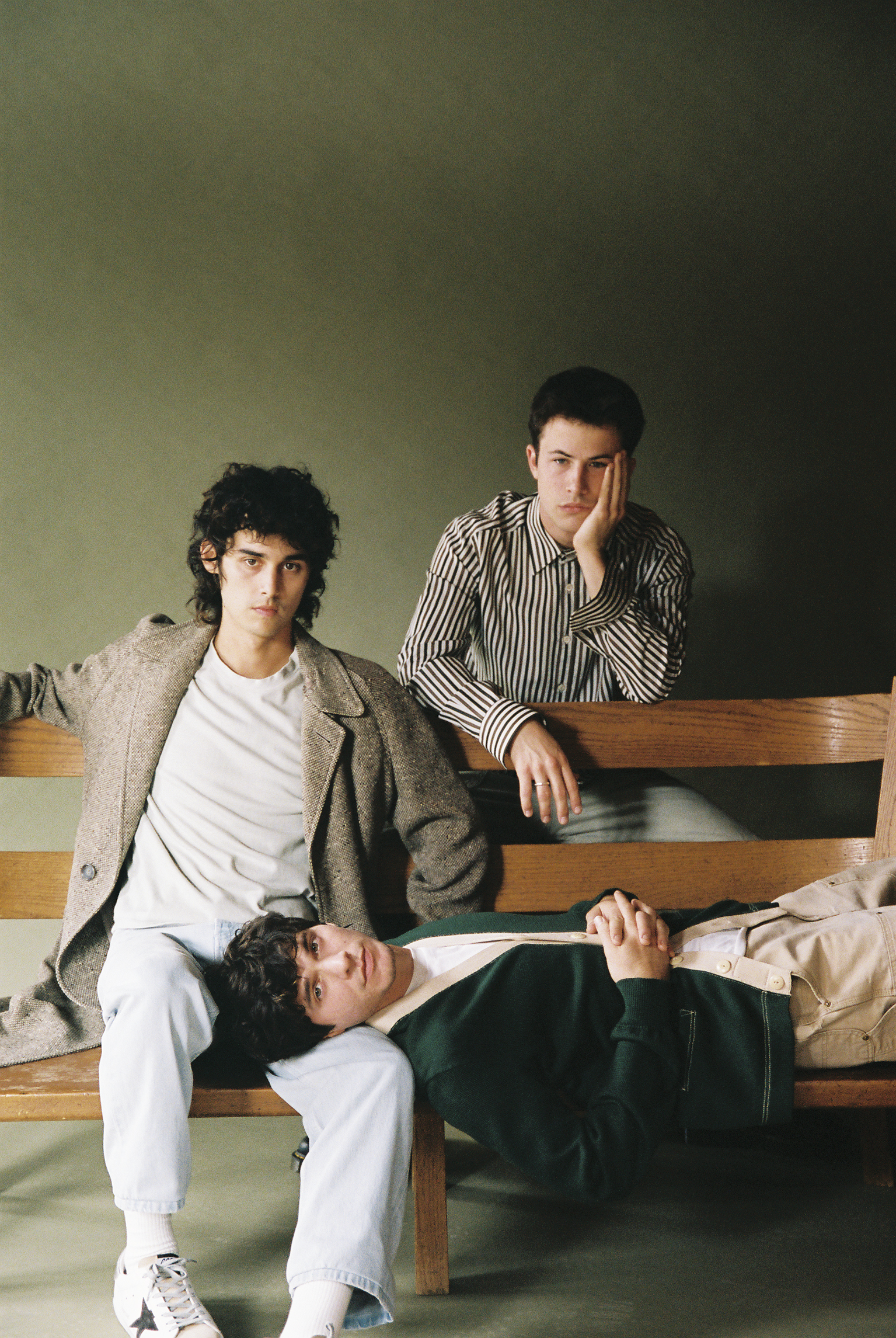 The three-part independent encounters and their touring plans upon the release of their second album, Tell me it’s over.

The Wallows are back, and they’re better than ever. Crashing into new music Friday with their second album Tell me it’s overthe indie trio of Braeden Lemasters, Cole Preston and 13 reasons why‘s Dylan Minnette blessed us with 10 sun-kissed tracks, illuminated by the sparkle of independent sensibilities and the trio’s harmonious vocals. With multi-Grammy-Award-winning producer Ariel Rechtshaid also hopping on the project for what can only be described as a match made in musical heaven, it’s elevated to one of the most repeat-worthy releases of early spring that will keep you going. will make you feel heard, understood and represented – especially after a thorough analysis of the soul-destroying lyricism of the album.

When discussing the premise for the new album, the band explained, “The common theme running through all the songs is usually relationships. We were all in or out of serious relationships during the writing process. The dossier highlights the ups and downs of relationships in your mid-twenties and how serious they can seem because you’re getting older. Decisions at this stage of your life feel more intense because they feel like they can impact the course of your future.

Upon releasing their latest project, the band sat down with Wonderland to talk about the trials and tribulations of dating in their mid-twenties, their favorite tracks from Tell me it’s over and a year filled with touring. Head below to enjoy our interview with Wallows…

Hello Wallows! How are you?
Awesome! We’re staying busy and getting ready for our tour.

Let’s start at the beginning, how did you all meet?
Braeden and Dylan moved to Los Angeles when they were both nine, and their mothers met on an online chat room for families moving to Los Angeles with their children. They met at a Cheesecake Factory and have been friends ever since. They met Cole three years later on a Los Angeles music program called Join the Band. The rest is history!

And when did you decide to form Wallows?
We had been playing under different band names for years, but we settled on Wallows when we released our first real single, “Pleaser”, in 2017.

Can you tell us how you chose the name Wallows? Is there a meaning behind this?
Braeden met him while playing the video game “Tony Hawk’s Underground”. You can skate a level called “Wallows” inspired by a real spot in Hawaii. The word also has various dictionary definitions that resonate well with the music.

Congratulations on your new album, Tell me it’s over! Are there any themes running through it?
The common theme across the songs is usually relationships. We were all in or out of serious relationships during the writing process. The dossier highlights the ups and downs of relationships in your mid-twenties and how serious they can seem because you’re getting older. Decisions at this point in your life seem more intense because they seem to have the potential to impact the course of your future.

A lot of the tracks are incredibly personal and vulnerable, what was your motivation behind exploring those emotions in your music?
We write from honest perspectives, so naturally the music and lyrics will reflect what we go through in our real lives. It feels like a kind of continuation of our debut album, Nothing happens. Yes Nothing happens was to come of age and leave your youth behind, Tell me it’s over is about navigating adulthood and the relationships we experience.

And you worked with producer Ariel Rechtshaid to create it! How was it working with him?
We’ve admired Ariel’s work for a long time, so working on a record with him has been a dream of ours for a while. He really knows how to make his work timeless and he helped make our songs more exciting than ever.

The album itself feels like one of your most unpredictable releases to date. What triggered the sound change?
Ironically, going into the record, we had a different vision of what the album would end up sounding like – something that seemed to be more cohesive on paper. In the end, by dropping our preconceptions and with the influence of Ariel, we created something more exciting and even more coherent than we could have imagined.

Do any of you have a favorite track from the album?
It always changes for each of us, but we would each say this right now…
COLLAR : “Missing”
Dylan : “Romantic Guitar Search Adventure”
Braden: “Hurt me”

And finally, after the release of your album, what do you expect in 2022? Do you have anything else in preparation?
Touring, touring and more touring (and hopefully some more music by the end of the year!)

Meet The HU, a Mongolian metal band performing at Coachella