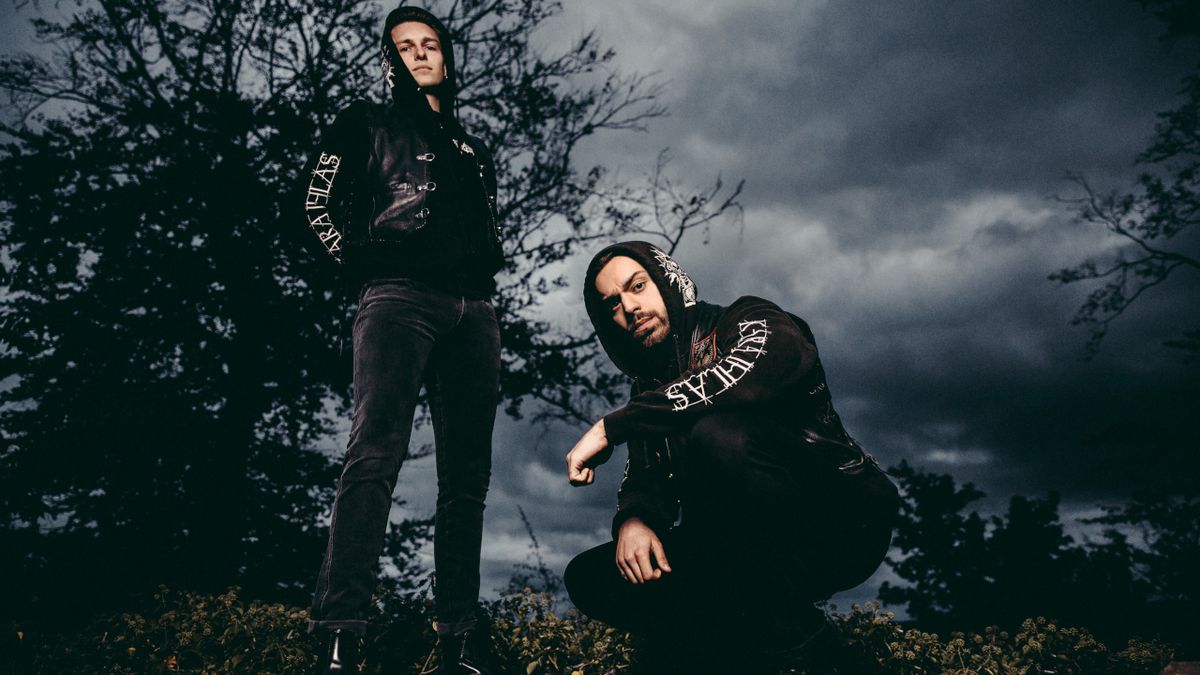 For more than 30 years, the anger of black metal has raged against God and humanity in an endless quest to assert itself. Imha Tarikat takes it one step further, casting a critical eye inward to gaze into the abyss.

“When the band started, things were pretty tough,” admits Imha Tarikat founder Kerem Yilmaz. “My depression presented itself as this feeling of being completely numb: but it was numbness from the utter agony and pain seeping into everything.”

Since Imha Tarikat’s first EP, Kenoboros, in 2017, the project remained – on the whole – a solo enterprise, credited to “Ruhsuz Cellât” (an alter-ego) but intrinsically linked to the identity and heritage of Kerem Yilmaz, giving it the opportunity to explore and externalize one’s inner turmoil. The debut of the group in 2019, Kara ihlas, translates this into a whirlwind of emotions and Nietzschean introspection, building ever more grandiose melodic structures to shelter its primitive and punk fury. But while he was applauded for his ability to communicate his emotional core, some elements were nevertheless lost in the translation.

“The story was ‘Quran inspired black metal’, but it was only partially correct,” Kerem explains. “The way it was expressed was completely wrong. “

In truth, the associations of the first recording with the Qur’an – and the use of the Turkish language – drew heavily on Kerem’s ancestry. Although Kerem was born and raised in Germany, his parents and grandparents originally came to the country as “Gastarbeiter” – guest workers, asked to fill labor shortages in the country. the post-war economy.

“Because of their background, a lot of people didn’t want to give my family a chance,” he explains. “I also grew up with this experience and went through the same things. Sometimes I meet someone and because I have darker hair and skin, he says to me: “You are not German, where are you from? “Even when I say” Germany “, because I was born and raised here, they still want to know where I am of. Likewise, when I go to Turkey, I get: “You are not Turkish”, because they know that I was not born and that I grew up the. ”

It was a friend who finally introduced Kerem to heavy metal culture. “The first time I heard Blinded by fear by At The Gates I was 14, ”recalls Kerem. “I hadn’t even really listened to music at that time, other than Turkish folk that my parents listened to. It was scary, with no reference to lean on. Later i heard Necromancy by Bathory. The level of wickedness and evil was almost dirty; it was the first time that I started to want to express what was inside of me.

Kerem found that Imha Tarikat’s music was pouring out at an amazing rate, and Kara ihlas was quickly followed by a new album Sternenberster in December 2020, the record expands its tumultuous approach to black metal to form a swirling vortex of emotional angst and expansive, almost majestic fury.

“There were times after recording where I would cry or hit walls, break stuff in the room I was recording, which obviously wasn’t good! Karem said. “But these things are also part of what defines us and something that we shouldn’t just try to deny.”

Sternenberster had barely been released a few weeks before Kerem returned to the studio, again scarring his emotions. Lit by the ominous red glow of the studio light, he appropriately casts a demonic face, but the discussion is as human as it gets. His voice oscillates between exhaustion and zealous excitement as he explains the hard work involved in recording Imha Tarikat’s music. The song he just worked on – Touch of mercy – took 10 hours to “come back properly”.

“Recording vocals always ends up being the most emotional part of the process,” he admits. “I isolate myself for a while to put myself in a good mood and communicate with myself – it’s something I’ve been doing since our first outing. It’s not just about recording the music – it becomes what I do, which is also very heartbreaking. I have to be honest with you, right now I’m not feeling down, but it’s a fucking turbulent wave of emotions that I’m on.

If you think the recording process seems emotionally brutal, just think about what happens on the rare occasion the band performs a live show. “It’s even worse!” Kerem laughs. “In 2019 we played with friends in a rehearsal room, only about 100 people there and… oh my god damn it. It went crazy – they were hitting me, I was hitting them and the bottles started flying – I loved it! It was about expressing this inner madness, together.

Considering the price tag, one can’t help but wonder if autoflagellation is really worth it. But then, upon hearing Kerem speak – the animation that returns life back to his body like lightning through Frankenstein’s monster – it’s totally out of the question that he could do anything else.

“For me, Imha Tarikat is everything; Damn I live eat and breathe band and when it comes to recording or writing you always gotta do it now because there is no later, ”he said. “It’s about finding that place where you challenge yourself and fully engage in it. How else could you challenge the listener? This is the point of this, it is not suitable for all situations; I would not recommend playing Imha Tarikat at parties! It’s a personal ritual – music in the dark, or for walking, taking time for yourself.

Sternenberster is now available through Prophecy Productions / Lupus Lounge. A new album by Imha Tarikat is expected in early 2022.