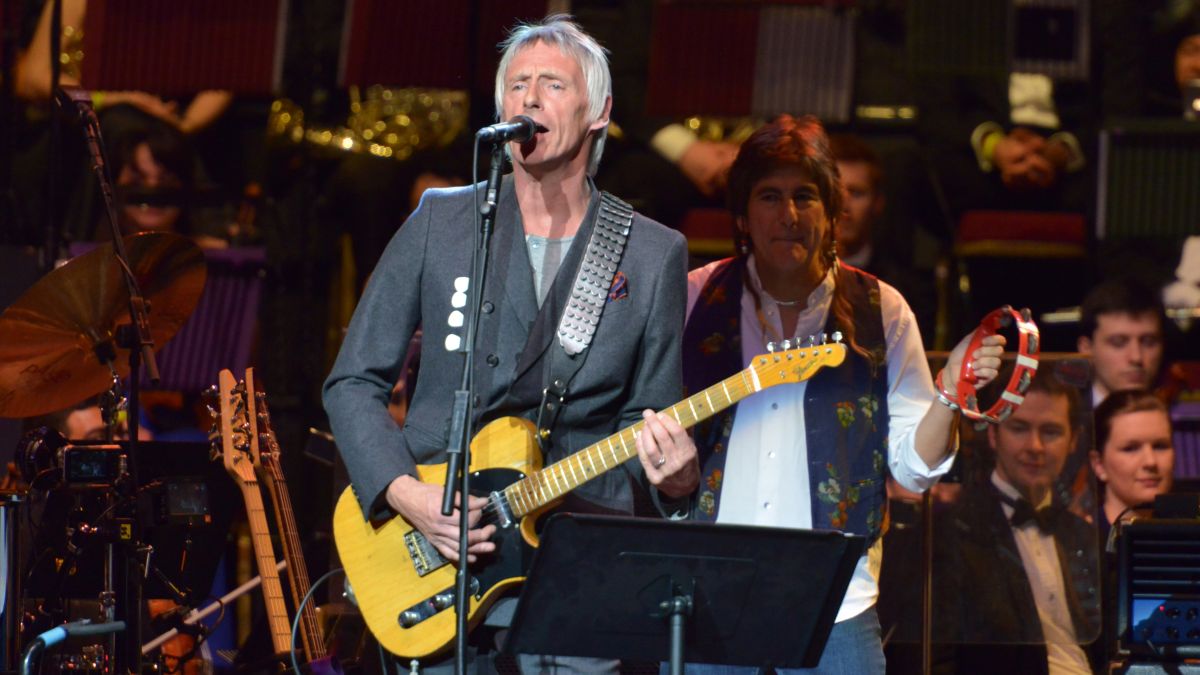 All music photographers start somewhere, often as fans or sometimes even as musicians themselves. Derek D’Souza was a fan of English rock and mod revival band The Jam, taking images of the band from crowds at their live concerts and launching a career as a semi-official photographer in the 1980s.

Iconic images of The Jam captured by D’Souza will be on display at the Barbican Music Library in London, England, as part of a free exhibition open to everyone from January 14. The exhibition entitled “True is The Dream” features captured images of the band and frontman Paul Weller, spanning four decades.

D’Souza began submitting footage he had taken of The Jam to his fan club, where his talent was appreciated and spotted by Paul Weller’s mother, Ann. As reported by the City of London website, the photographer was then invited to shoot The Jam in London at the 18th Century Chiswick House, promoting his single Novices.

His career picked up steam from here, eventually becoming the somewhat unofficial but semi-official photographer of The Jam, taking hundreds of images of the band and of Paul Weller throughout his career. The Jam has released 18 consecutive UK top 40 singles, 4 number one (including This town called Malice), with a studio album number 1 (Gift) released in 1982.

The group was at the height of its fame and popularity when frontman Weller stunned the music industry and fans alike by leaving The Jam to form new wave group, The Style Council (which split in 1989 ), allowing him to develop a lasting and successful solo career. who influenced Britpop bands like Oasis and Blur.

In the crowd: Images of the jam 1979-1982 was a book created by D’Souza published in 2014, showcasing the images he captured of the band during concerts and sound testing. The book is in limited availability at various retailers and is described as representing the best way fans of The Jam remember them.

D’Souza himself shares that “this exhibition features photographs that I took of the group there, playing and relaxing… [the exhibition] is a must-see, not only for fans of The Jam, but for anyone interested in the history of modern British music. “

Wendy Hyde, Chair of the City of London Corporation Culture, Heritage and Libraries Committee, said: “We are proud to showcase the remarkable work of Derek D’Souza as we welcome more and more people to the city. “

“These photographs are extraordinary glimpses of an amazing group… The energetic concerts and sound of The Jam heightened their social conscience and made Paul Weller a spokesperson for his generation.”

The best professional cameras
How to photograph a live band
How to Use Flash for Your Photography: Freezing Musicians in Motion
Rock star Bryan Adams to expand his career as a photographer