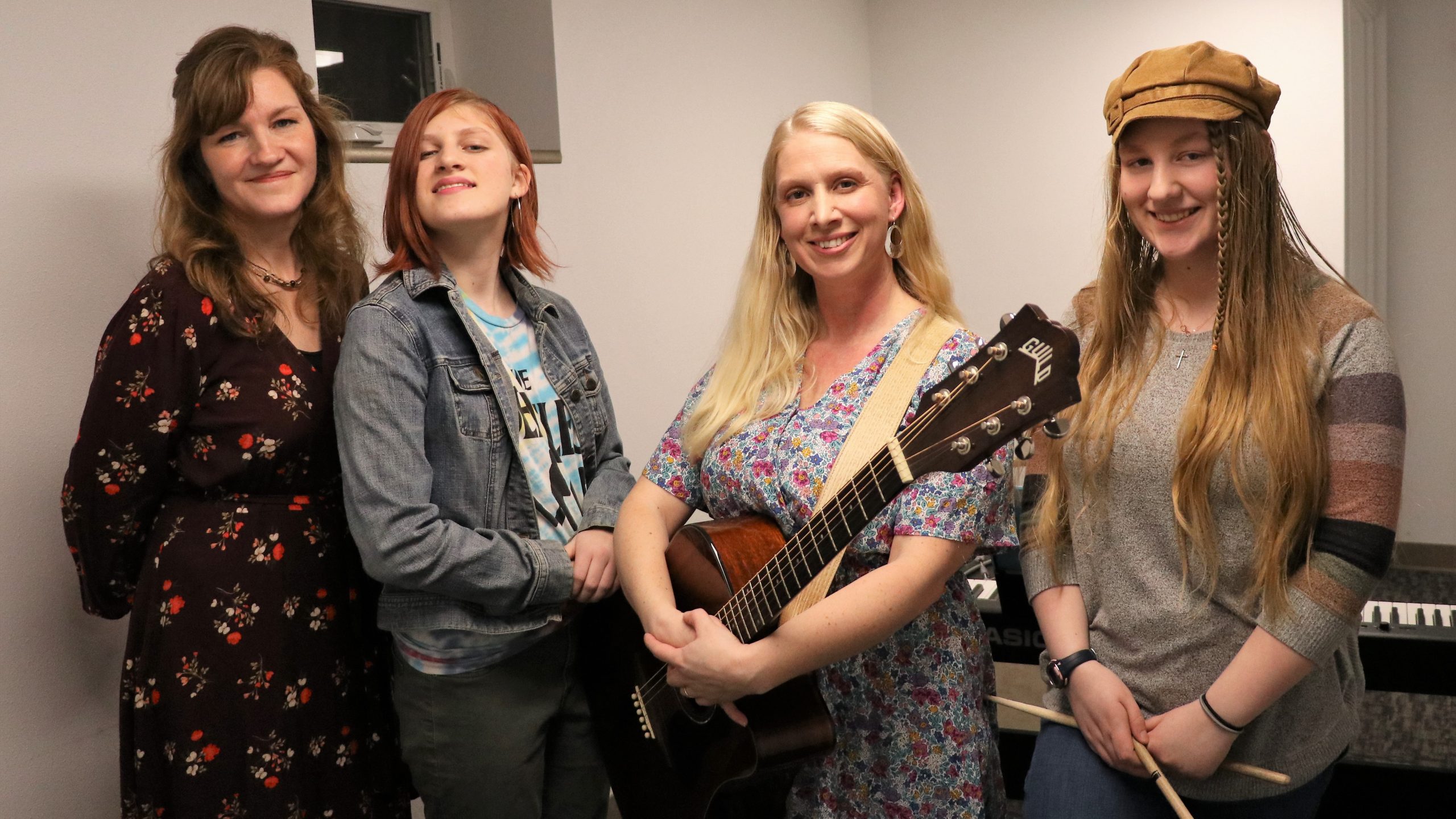 Family Band reunites with the help of Canby Music

Like many parents, local mom Megan Ell has risen to the challenge of raising teenagers and all that that entails. Until the day she found a unique solution: create a group.

She started performing with two of her daughters, Kaylee, 14, and Allee, 13, as well as longtime friend Heather Moore, and family has never been closer.

The band, named “Mae Day” after another of Ell’s daughters, quickly became a fixture on the coffeehouse, farmers’ market and winery circuit, playing several gigs a month, including at Wayward Sandwiches in Canby and The Sandy. Mountain Music Festival. the summer.

“It’s a great thing to do as a family,” she says. “It takes them away from video games and it really helps bond with the girls.”

She grew up playing music, starting the piano at age 6 and the guitar at age 11. By age 14, she was singing lead vocals and writing original music for a Portland country/folk band and playing festivals and shows throughout the metro area.

Then, as they say, life happened. She went to college, started a family, and eventually earned a master’s degree in teaching from George Fox University.

She became a middle school English teacher at Western Christian School in Salem, where Allee and Kaylee are currently in seventh and eighth grades, respectively. As her daughters grew older, Ell says, she found herself wanting to reconnect with music and a few years ago went to the Canby Music store to get rid of the rust.

Ell has taken several sets of lessons from the Canby Music team, including lead guitar from owner Brian Haines, and Kaylee and Allee are learning drums and vocals respectively – the two roles they play in the band.

“These guys are like family to us,” she says of Canby Music. “It’s so cozy here, I feel like we could just come and hang out. They are helpful, resourceful and super friendly.

While the band has become a bonding experience for Ell and her daughters, the original idea emerged when she and Moore started playing together years ago in a worship band at Canby Foursquare Church.

“Heather is like a sister to me,” she says. “We are not related by blood, but we have been playing together and collaborating for a long time. After a while we had the idea to form our own band and play some of our favorite songs, original songs – all family stuff – and the rest is kind of history.

Ell plays guitar, piano and vocals in Mae Day, while Moore adds vocals, keys and tambourine. Kaylee, who is also in her school’s jazz band, says drums were a natural fit.

“I’ve always liked rhythm,” she says. “When I’m in class doing nothing, I was always beating a random beat, so I was like, ‘Why not try the drums? “”

The band plays “a little bit of everything”, including tunes from all spectrums of folk, pop and rock music from the 60s to the 90s. — but it turns out it fits, too.

“We actually love old music a lot,” says Allee, who at the time wore a tie-dye Beatles shirt. “We always have.”

Help us build a sustainable news organization to serve Canby for generations to come! Let us know if you can support our efforts to expand our operations and keep all of our content paywall-free. #SwimWithTheCurrent!

Meet The HU, a Mongolian metal band performing at Coachella