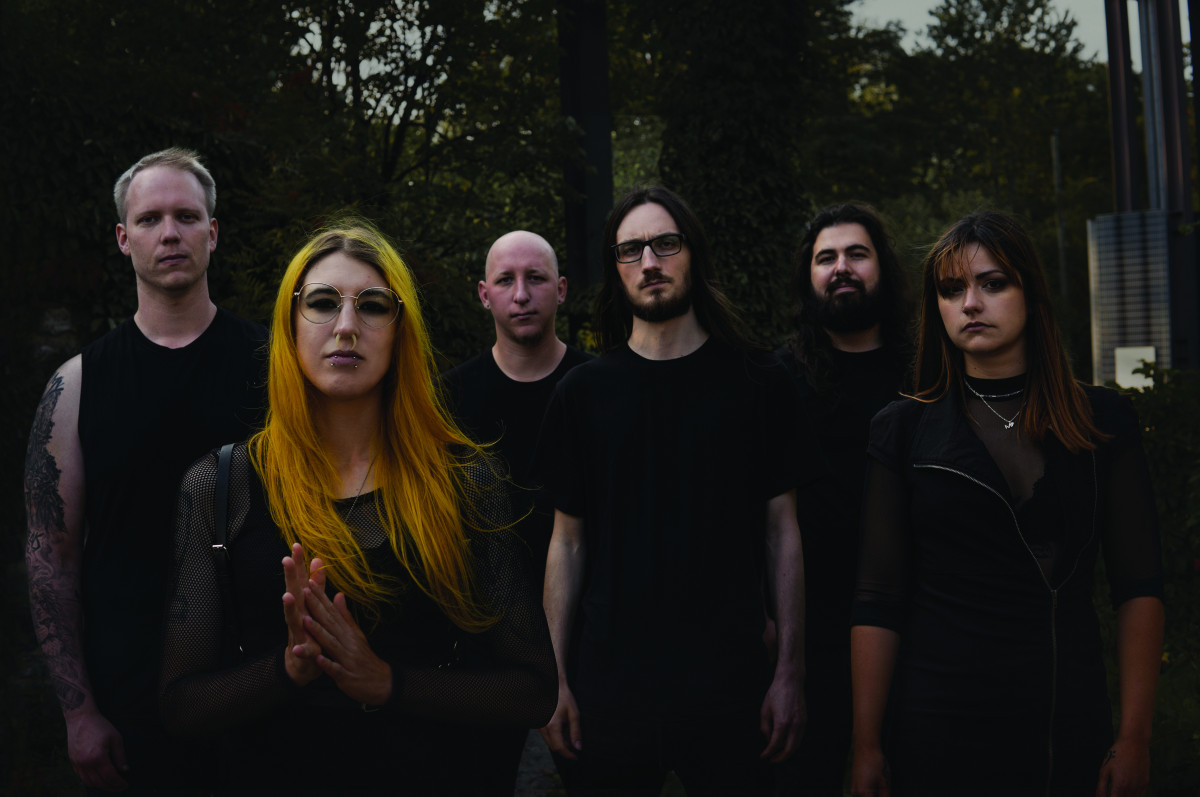 Fall Of Stasis releases its first album “The Chronophagist”

Black metal band Fall Of Stasis have been together since 2014. They only released a few demos before releasing their first full album. The Chronophage.

During this time, the band broke up, got back together, and went through numerous line-up changes. They currently consist of two guitarists, a bassist, drummer, keyboardist and lead vocalist. By the time they were ready to hit the studio, COVID-19 had just broken out, forcing the possibility of releasing an album to be postponed.

“To be honest, it’s pretty crazy for me, I feel like I can’t even understand what’s going on right now because we’ve been waiting for so long,” said drummer Segei Lecours.

The sentiment is shared by all six members. “We started from humble beginnings, playing in our garage and we had these big plans and everything. But, this is only the beginning. It’s pretty unreal to see us out there right now with this album, it’s very exciting,” said lead guitarist Gabriel Bernier.

“We started from humble beginnings, playing in our garage and we had these big plans and everything. But this is only the beginning. »
—Gabriel Bernier

The album contains 10 tracks and has a duration of over 49 minutes. The band moves from aggressive black metal with fast guitars and explosive rhythms, to melodic folk-influenced vocals with soulful acoustic guitar playing. This can be seen on tracks such as “The Cult” and “The Last Waltz”.

Talking about the mix of black metal and folk styles, Bernier said each member of the band brings a different spark to the songs. “We have all these different influences and when we write the songs, they all blend into each other.”

Lecours explained that the contrasting styles and different genres created a project that couldn’t fit into a box. “All the reviews we have so far say we couldn’t rank, and that’s exactly what we wanted.”

To accompany the album, the band made a music video for lead single “The Cult” with producer Martin Trottier. The video shows a pagan cult heavily into psychoactive substances as the group plays together in a forest.

Lecours described how there was a search for perfection on the set of the music video so that all members could be satisfied with the final product. He remembers having to play the song more than 20 times and wanting to go home, but Trottier motivated him to keep going. “I’m so glad he pushed for it,” he said.

Part of the team that made The cronophage dream come to life alongside the band is the album’s producer Christian Donaldson. Donaldson is a well-known metal producer for bands here in Montreal, having produced over 50 albums over the past 15 years.

With The cronophage, Donaldson took a different approach to recording the album. He had the band play live in the studio as the basis for each song and tweaked the individual parts with the Fall Of Stasis members later. “It gives him a more dynamic and less sterile production,” Donaldson said.

Vocalist Vicky Boyer of metal band Karkaos assisted the band with the production of their album as well as a guest appearance on the title track. Bernier explained that the band mainly focused on guitar and not necessarily vocal melodies, and when they went into the studio they realized that some parts of the album weren’t as good as they could be. ‘to be.

Highlighting Boyer’s contribution, Bernier said she helped with more than just the last lead. “She was there and she helped a lot to rewrite some melodies with Chris. She was just a huge help for us, she has a great sense of melody, she’s just a great singer overall and a great songwriter.

The Chronophage can be heard on Spotify and the music video for “The Cult” can be viewed at Youtube.