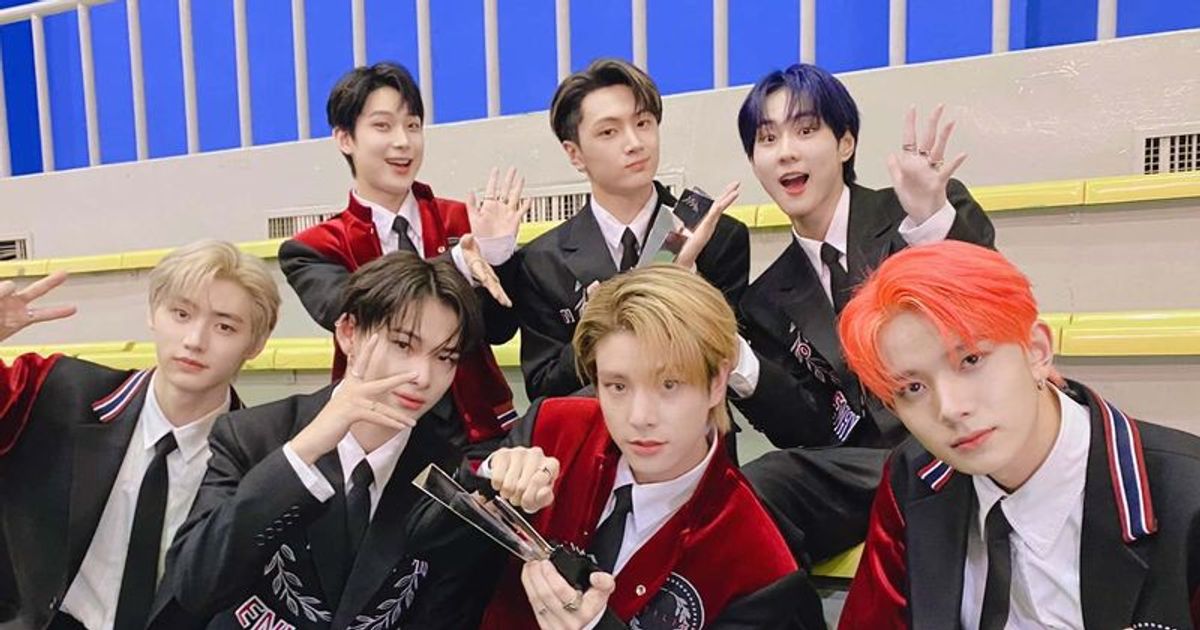 Over the past few months, fourth-generation K-pop groups have become unstoppable and their high-speed returns are proof of that. As of October 2021, bands like The Boyz, TXT, ITZY, Ateez, NCT and many more have made a comeback at high speed. To add to this competitive spirit, Enhypen, the newbie monsters from HYBE’s Belift Lab are making a comeback now.

On December 6, it was announced that seven-member rookie group Enhypen are now working on their new comeback for the start of 2022 and it will be an album to be released in January of next year. Enhypen last released their first full album, ‘Dimension: Dilemma’ on October 12, which was a huge hit and reported one million sales for the group, breaking all of their past sales records. Not only that, but Enhypen also debuted in Japan in July 2021 with the album single ‘Border: Hakanai’ featuring singles like ‘Forget Me Not’, the Japanese versions of the singles, ‘Given-Taken’ and ‘Let Me In (20 Cube) ‘from their debut album,’ Border: Carnival ‘.

With their upcoming album, Enhypen has announced their third comeback since debuting in November 2020 and the band promise to have worked hard on this upcoming release. With Enhypen dominating not only Korean charts but also Japanese and international charts like Billboard, they have proven their immense selling power. Enhypen’s upcoming return in January 2022 will solidify the group’s position as “rising stars of K-pop” on a global scale.

Enhypen made their debut with ‘Border: Carnival’ and since then the group has been featured in the Japanese Oricon charts as well as the Korean charts. Enhypen began to appear on the Gaon Album charts when the group debuted at No. 2 on the chart after selling 318,528 copies in one day and became the top-selling album from a K-pop group that made debut in 2020. Their debut album also peaked at No. 1 on Hanteo Charts after holding the record for the best-selling album by a debutant group in 2021.

Monster Rookies will return in January 2022

Enhypen is set to release their new album in 2022, but before that the band will also be part of the HYBE and Naver collaboration. Alongside his teammates TXT and BTS, Enhypen will be involved in the release of three new webtoon series based on the lives of members of these three K-pop groups. On January 16, 2022, the first in a new series of fictional webtoons about the band will be released, titled “Dark Moon: The Blood Altar” on webtoon’s platform, Naver Webtoon.

Not only did Enhypen also prove its global dominance after winning the “Global Rising Artist” award at the 2021 Melon Music Awards on December 4, where the group graced the stage with a special performance. Enhypen is also slated to appear at the 2021 Mnet Asia Music Awards (MAMA) as well as the upcoming Seoul Music Awards as part of their 2021 activities.