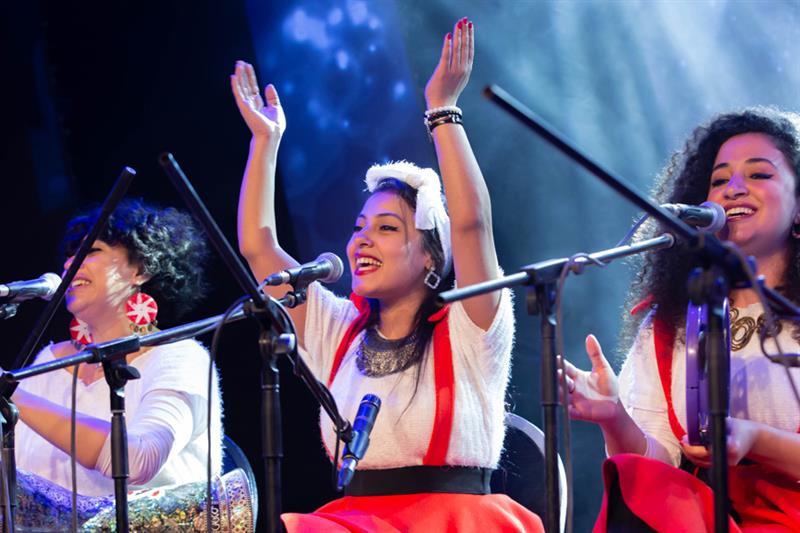 Sun 6, 8 p.m.: A concert of songs composed by the late Baligh Hamdi.

Every Tuesday, from 8 p.m. to 10 p.m.: Mawawil presents singers Hend and Sarah in a repertoire of traditional music from the Nile delta, Al Jaafra music played by the Arab tribes of Aswan and Nass Makan bandaged.

Every Wednesday from 8 p.m. to 10 p.m.: Zar music and songs by Mazaher together with Umm Sameh, Umm Hassan and Nour Al-Sabah.

Thursday 10, 8:30 p.m.: paranoid eyes is an Egyptian progressive rock band with a great passion for covering the tunes of Pink Floyd and the solo projects released by the legendary David Gilmour and Roger Waters.

The Spot Mall, in front of AUC Gate 4, New Cairo

Tuesday 8, 8:30 p.m.: otaak band is an ensemble dedicated to preserving folk music and traditions, and propelling them into the future with lyres, drums and vocals. Otaak’s current lineup includes the most notable musicians playing Egyptian, Nubian and Sudanese folk music today, as well as Ali Al Abadywho participated in the golden age of Nubian pop music throughout the 1970s.

Mon 7, 7 p.m.: Electronic music by Semo Siam and the tribute to the group Imagine Dragon by Darqube.

Thu 3 p.m., 6 p.m. and 8 p.m.: El-Sawy Culturewheel Puppet Theater The show brings to life the concerts of Umm Kolthoum performing two of her most beloved songs.

*A version of this article appeared in the February 3, 2022 edition of Al-Ahram Weekly.