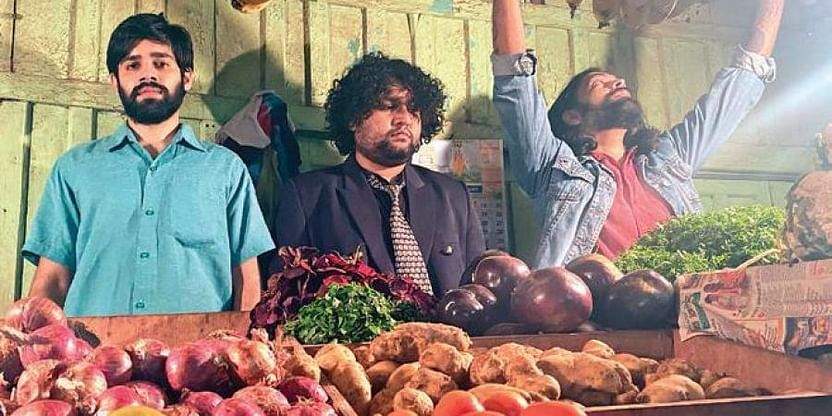 The Delhi-based band Begum comprising Kartik Pillai (vocals, guitar, synthesizer), Karan Singh (drums) and Dhruv Bhola (bass, synthesizer, guitar, backing vocals) often describe their music with words such as’ lo-fi, dreamer and experimental. ”Formed in 2012, after an impromptu jam in Okhla, the band members regularly cling to their instincts when it comes to writing songs and composing music. The band released their single Better Person from his next album ‘Are you ok?’ last month In this edition of Soundscape, we talk to Pillai about the band’s journey as well as their upcoming album.

Tell us about your work on Better Person.
This song has been around for a few years. After playing it in several different formats, the past two years have been when this [the current] version of the song really took shape. Initially, it was just something that occurred to me. Some friends and I had been going through our individual struggles (which I wouldn’t want to mention), and I think that infused into the words and the initial mood of the song. Once I started playing with the rest of the band, it kind of just kind of fit together.

Better Person’s video adds to the surreality of the song. What was the idea behind it all?
We were happy to let Sachin [the director] take in charge. We trusted him blindly, and he gave us a great clip; we haven’t had a single change. The more we looked at her, the more she sank into the sense that she was speaking a bit beyond the concept of the song. It’s almost kind of a response – from unconditional love to the pressures of becoming someone and how that affects a person.

Your music has a certain sense of intimacy. (The song Marry Me, for example, includes a conversation between members at the end of the song). Is it part of your musical style?
I think the privacy comes from the songs being honest. The joke, well, sometimes we keep it, usually we don’t want to mute the reverb of the cymbals too soon. I don’t know if that is part of our style. Sometimes that sounds good, especially if it’s a joke or something succinct. The first two albums were mostly live albums. Everyone was playing at the same time, so you end up talking. The new album is mostly multitrack with the exception of a few songs, so there aren’t many jokes to keep. We chose the idea of ​​two songs because it felt natural to us; these two songs are actually the only ones that are not on click / metronome.

What can listeners expect from Are you OK?, your next album?
Are you OK? took a long time. The songs have been around for at least five to six years, but recording didn’t start until 2019. Then, with COVID-19 and us being stranded in different parts of the country, we ended up taking a long hiatus until in winter 2020. That’s when we started over and went into post-production in 2021.

The album will be made up of ten tracks, the ones we’ve had in mind for a while but have finally put them together to put in this collection. They feel like they belong, at least for now. Once the music was over, our drummer Karan came up with some ideas for the artwork. Once we started it all fell into place. We are happy that it is finally coming out; we can’t wait to shoot it and start working on the next album as soon as possible.

Begum’s “Better Person” is available on all major streaming platforms