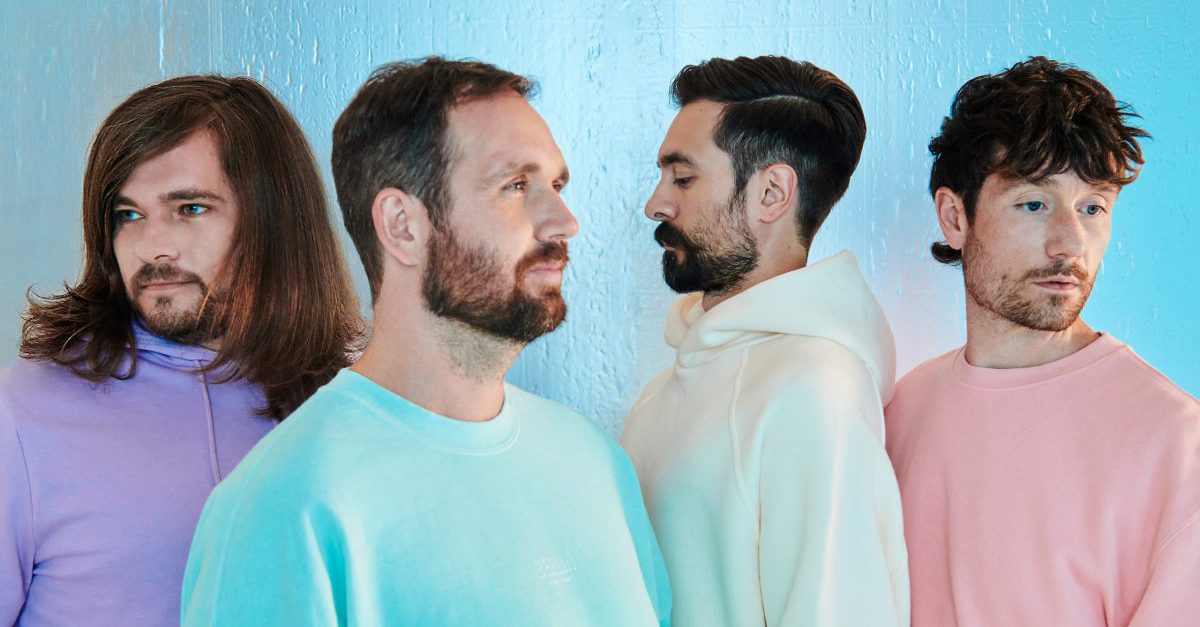 Bastille seems to have given up everything; at least in the present. No explanation is necessary. Instead, Dan Smith and company began to visualize the future. Fractured lighting, trippy visuals and AI are just some of the images conjured up while listening to the fourth album. Give me the future. The British band strive to push their sound beyond their poppy roots, creating a collection of rhythmic, dance-oriented tracks. It’s therapeutic for the band, who have used the concept of the future to make sense of and experience the chaos of the present.

Give me the future
Bastille
Republic, February 4
7/10

Throughout the album’s 13 tracks, Bastille finds himself connected to film characters and pop culture, employing a series of musical interludes to tastefully interrupt the journey into the future.

Best known for synth and guitar driven singles like “Pompeii” or “Things We Lost In The Fire”, the band’s opener “Distorted Light Beam” immediately charts a new course. “It’s not enough to start a riot / Warp the light bean until I love myself,” Smith sings in the opening lyrics, searching and hoping to find himself in a fictional world.

“Thelma + Louise” takes escapism in a different direction. On the southern border to be exact, like Thelma and Louise themselves in the iconic feminist film. Describing modern life as a disappointment, Bastille traverses the Southwest desert to the sound of his exploding heart.

“Back to the Future” references the 1985 film, as well as “Blade Runner”, “1984” and, indirectly, “The Wizard of Oz”. If you’re familiar with any of them, there’s no explanation needed as to why their futuristic themes like time travel or relentless government surveillance were mentioned. But then, on “Club 57,” the band do a 180 and venture down memory lane. Thinking back to 1980s New York, when Paradise Garage nightclub and Keith Haring left their mark on the city, Smith wonders, “Is this love? / Or do we just want satisfaction?

The three interludes channel their visions of the future in different ways, all of which are worth noting. The first, “Brave New World,” is just 27 seconds long and features nothing but electronically produced strings as it ruminates on what the future holds. While the song isn’t much, it’s mostly a direct reference to the 1932 novel of the same name, where humanity is genetically organized into a hierarchy based on intelligence. The third, “Total Disassociation”, offers a more trippy music, punctuated by distortions and vibrating electric keys. As the penultimate track, Bastille is totally Above.

The second interlude is the most unique track on the album. “Promises” is performed as a spoken poem by actor and rapper Riz Ahmed. It speaks of a less apocalyptic future, which cherishes love and intimacy. “The past and the future live inside the energy of the present/ So show a little tenderness now and love flows endlessly/ Yeah, time loops like the sun, that’s its destiny “, he says.

There’s a sense of unease but resilience sewn through the album’s remaining tracks that feature more dystopian storylines, like on “Future Holds” (featuring BIM), and AI-like vocal effects on “Stay Awake.” . While the album may not evoke the same successes as Bastille’s previous efforts, Give me the future is a musical step forward for the group.

Isaac Wood, singer of Black Country and New Road, leaves the group before the release of the second album