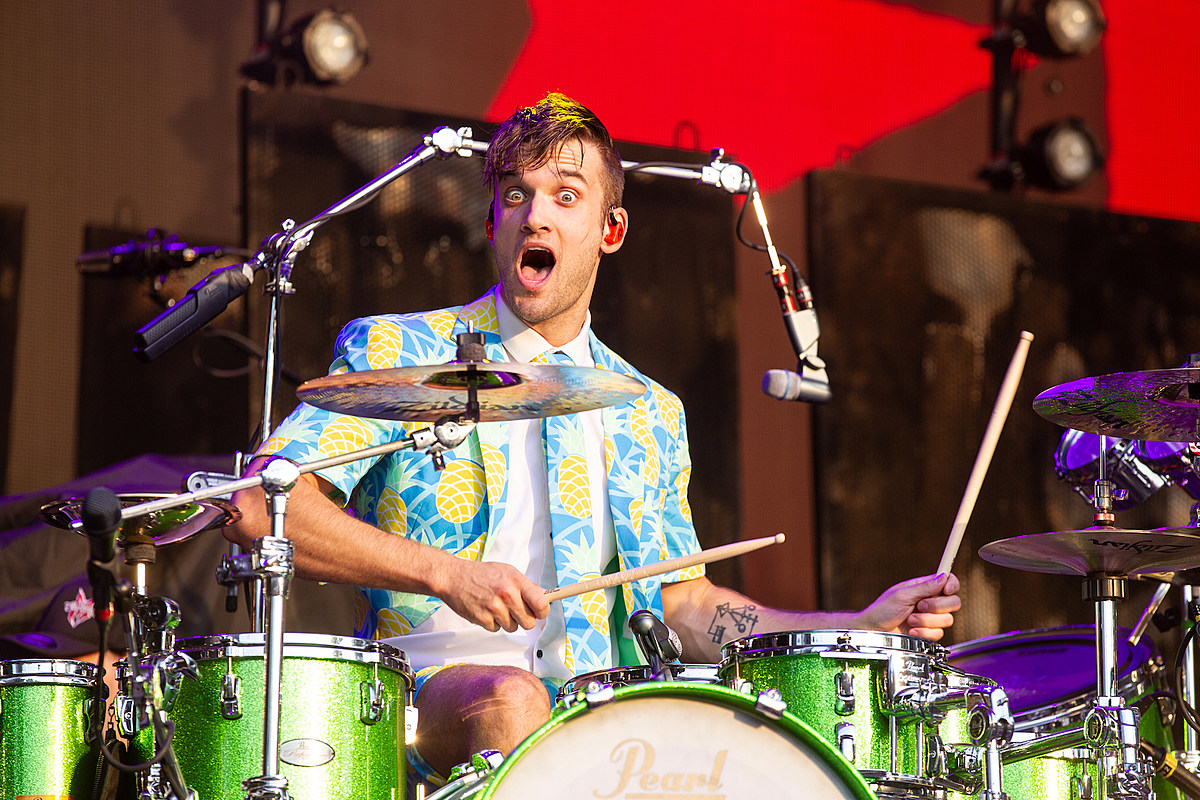 If things go your way, most bands will evolve over time, and for Halestorm, the band’s new album Back from the dead will give fans a definite breakthrough in terms of drumming according to the band’s drummer Arejay Hale.

Hale spoke passionately about the change that happened behind the kit for the new album with Bloomington’s Wes Styles / Normal Rock 96.7 and which led to the change in the band’s approach to their drum sound on the next album.

According to Hale, he had worked closely with songwriters Scott Stevens and Taylor Carroll on another yet-to-be-revealed project and some of his drumming there inspired a change in approach behind the kit when Hale says some of the percussion hadn’t really popped and felt a little dull on the new record.

“I started programming drums for this project and was sending him drum files for [Scott] to put the demo together and he would say, “Can you play this thing?”

As Hale explained, “I’m not crazy, I’m fine with it and I’m proud of everything we’ve done and I’m glad we did it because we did it for a reason. But we were a newer band trying to make our mark and we had to kind of try to fit into that mold and there were parameters and we had to be on the radio….with all these rock bands we know forever who established this great sonic arena with big and wide open instrumental parts but just simpler.”

“The great thing about these bands is that they’re so good at leaving so much space in the song and that’s why these bands sound so good in a big arena. So we’ve always had this mentality that we have need to simplify and play it all real simple so there’s room to breathe,” the drummer explained. “But when we came into this album, we kind of had this mindset that everything sounded boring and boring, so Scott started throwing all these crazy curve balls with the song demos and was like, ‘Hey, try that, try that, try that,” and I do all these weird things that feel so alien to me. I play drum parts that I never even thought of as a drummer and it’s coming from someone who’s not a drummer but just an amazing songwriter, but he helped me write those parts crazy drums.”

Hale laughs: “It was really hard for me to feel comfortable learning the songs and then creating them and humanizing them in the studio because since he’s not a drummer he will have a role where I will play. a tom, a cymbal, and a snare and a kick drum, and I’m like, “Scott, I don’t have five arms” (laughs) So I had to humanize it and it was a really big challenge.”

The drummer admits there have been a lot of compromises serving the songs in the past, but he reveals how delighted he is that the trust factor is there not only with the band but also with producer Nick Raskulinecz and Stevens to push for the new approach. “Scott and Nick [Raskulinecz] really helped me find my voice as a drummer, and this is the album where I think you hear the kind of playing I’ve always wanted to do. That’s why I feel so excited about it,” Hale said.

The drummer credits the song “Wicked Ways” with turning it on for him on the album, along with the double bass parts he set for the song, leading Raskulinecz to request that he re-track the songs he they had made before encountering the energy of the new drum sound. “My bandmates loved it and Nick loved it and the management, the label, everyone on our team loved it, so really this song was the one that opened the floodgates,” Hale said.

Halestorm Back from the dead the album is due out May 6. Pre-orders are currently available here.

Arejay Hale of Halestorm talks to Wes Styles of Rock 96.7