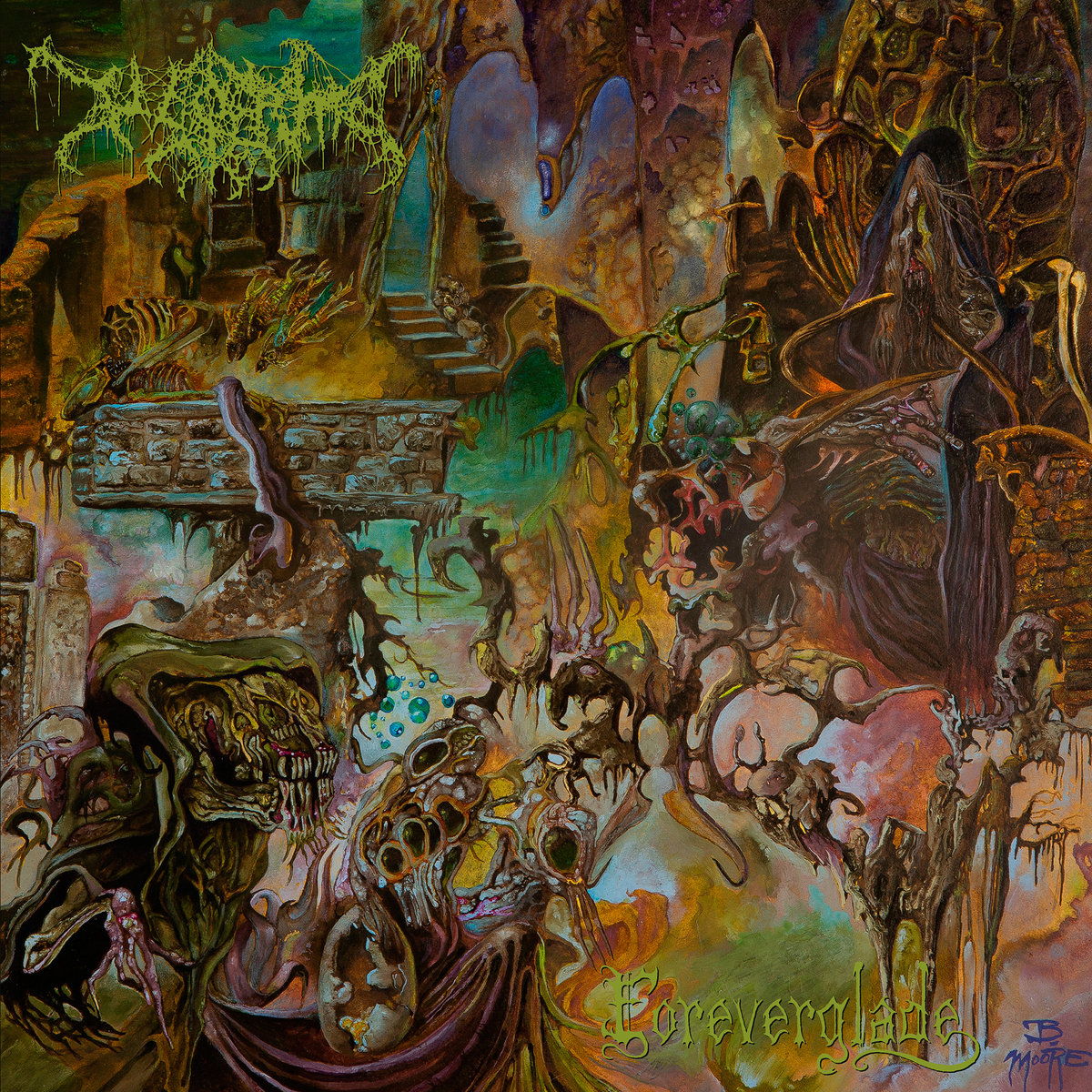 Florida funeral doom band Worm released their latest album, “Foreverglade,” October 22-20, Buck Spin. This rapidly making waves in underground metal has proven to be one of the best metal records of the year, “Foreverglade”, and can go hand in hand with any musical release this year.

If “Foreverglade” reaps the benefits of one word, it would be devastating. The album opens with a slow and menacing hellish landscape that shivers the spine and the drums shake the listener’s bones. The meticulously paced songwriting is layered on the haunting voice of singer Fantomslaughter. Only halfway through the intro does the song switch to muffled, murky guitars that set the stage for some of the best headbanging on the whole album.

“Murk Above the Dark Moor” is where the album alludes to the diversity of the compositions presented. The use of bells alongside sinister guitar riffs plays into the larger aspects of the funeral doom and deadly doom subgenre: the feeling of being delivered to the gates of death.

Most of the album portrays a gloomy atmosphere, and then there are tracks like “Subaqueous Funeral” which are shrouded in mystery. Weird synth work, masterful leads and solos and dismal vocals at this point in the tracklist cement “Foreverglade” as a damn special project.

The closing track “Centuries of Ooze” is the menacing acceptance of the 45 minute journey that is “Foreverglade”. The conclusion offers a methodical finale that does not disappoint. “Centuries of Ooze” fades into the same darkness beneath the Florida waters from which the worm originated.

As soon as “Foreverglade” ends, it’s hard not to listen to the whole album again. Worm imagined a masterpiece in the terrifying realms of Florida that will not be forgotten for very long.