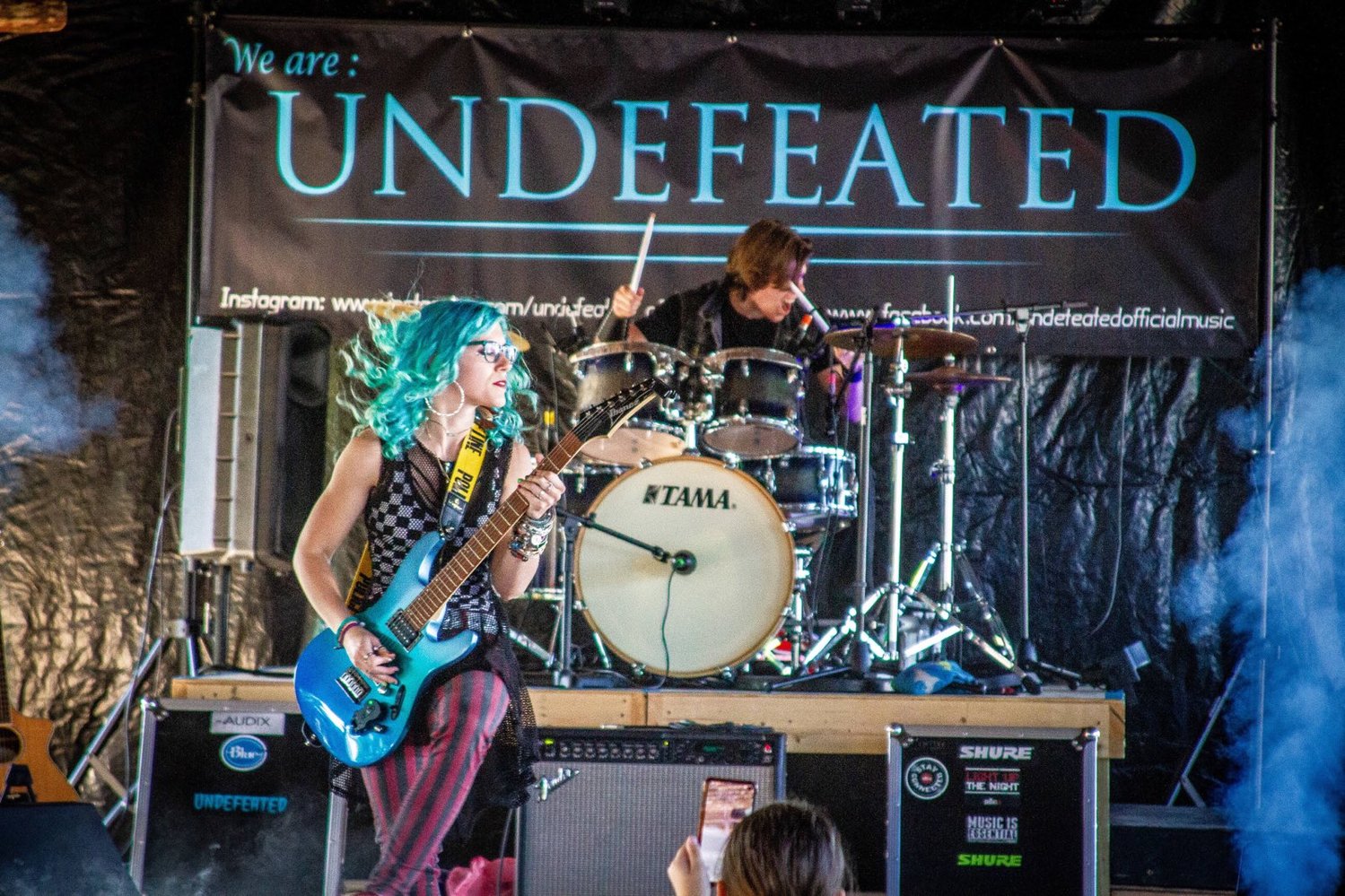 LOWVILLE — In the 1800s, farmers brought their milk to be processed at Boonville Creamery, a once-iconic building in disrepair.

With the hot summer sun outlining the iconic backdrop, the band Undefeated shot their fourth music video, Cages, which was released in October. Undefeated also filmed in West Martinsburg, in a historic one-room church from the 1800s, complete with stained glass windows and gaslights.

By writing original songs and producing their own music videos, the band members claim their rock videos over the past two years have amassed 20,000 total views. And, they say, it’s fun to feature local historic sites as a backdrop.

“Undefeated aren’t just your average local rock band, these youngsters are the definition of where hard work meets hard rock!” said Anthony Hirsch of Fifth Dimension Records, who produced the Cages soundtrack. “It’s hardly surprising that a band with so much raw talent and dedication is turning heads and making an impact wherever they go.”

In addition to rock, the band also works in genres such as metal and contemporary. They were nominated for 4 Kindred Awards, winning “Best New Group”, according to a recent announcement. Additionally, Undefeated won the Battle of the Bands award from the JCC of Syracuse (2020) in only the members’ third year as a group.

The band began with a surprise invitation from Fuse concert promoter Matt Sposato to Meredith, offering her an opening spot at a Massachusetts music festival. The experience inspired Meredith to form Undefeated, which has since performed across the Northeast, in seven states, and at music festivals including Soulfest and River Rock, where Undefeated has performed on the same stage as Kari. Jobe and Michael W. Smith.

Summer 2021 brought another surprise booking for Undefeated to be direct support for national metal band War of Ages in New Hampshire.

Local radio personality Rick Andrews, of WVVC in Utica, said, “So let me put it this way, once in a while in the music world, there’s a ‘perfect storm’ of a group that changes the musical landscape. Undefeated is a storm, a brew with all the right conditions in place. It’s rare that such a young group not only has the musical punch, the brilliance of the performance and the whirlwind of ideas; but also has the organizational skills, focus, and dedication to be “a perfect storm!” » »

Despite their success, the group remains humble and very communal.

Singer Meredith Dunckel gives music lessons, the three bandmates are active in their local church and community. They’ve contributed to a host of area nonprofits, including raising over $18,000 for UNICEF by performing at the 2020 Kids Rock for Kids International Online Concert, Hope for Worcester in Massachusetts. , and most recently in Watertown, NY as part of the Anti-Violence/Stop the Hate fundraiser for the homeless.

For more information on the band, including their music, go online to https://linktr.ee/Undefeatedofficialmusic.

Watain is releasing a video and a 7 inch for the single “The Howling” / new album on April 29th!